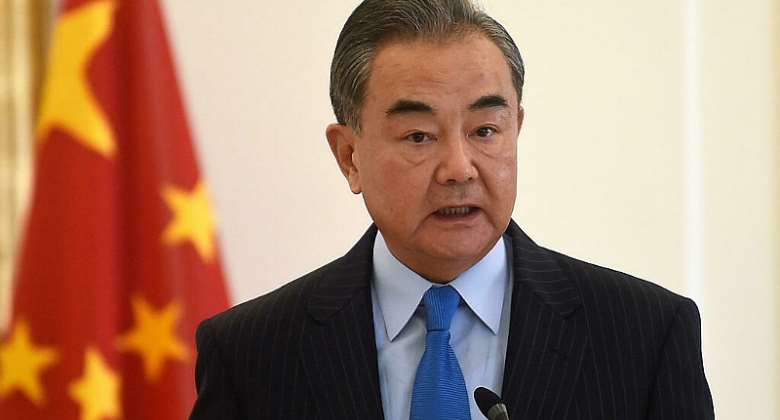 China voiced its opposition to US sanctions on Eritrea during a visit by Foreign Minister Wang Yi to the Horn of Africa nation – the first leg of his inaugural overseas tour of the year.

The United States imposed sanctions on Eritrea last year over the brutal conflict in neighbouring Ethiopia, a move Asmara branded "unjust and malicious".

But for Beijing, Eritrea represents a strategic opportunity. It borders Djibouti, where China has its only overseas military base, and its also has a long coastline that offers access to the Red Sea.

China already has investments in the country: in late 2019, the China Shanghai Corporation for Foreign Economic and Technological Cooperation (SFECO) began construction of a 500 km road connecting Eritrea's Massawa and Assab poprts.

In November, Eritrea signed up to be part of China's Belt and Road Initiative.

An article in the China Daily revealed already in 2010 that Beijing had its eyes on the country "Blessed with large deposits of precious minerals such as gold, silver, copper and zinc."

Wang held talks with Eritrean President Isaias Afwerki who, after joining the Eritrean Liberation Front in 1966, received military training in China and is considered an "old friend" of the country.

A confidential cable from the US Embassy in Asmara from October 2009 and published by whistleblower platform Wikileaks is titled "Isaias Zedong?"

The cable says he trained as a political commissar in China during the depths of the Cultural Revolution and idolises Mao (Zedong).

"(He) remains fond of China and governs Eritrea and its relations with the outside world based on his decades of experience as a revolutionary guerrilla leader combined with his interpretation of Maoist philosophy," the cable reads.

"His nationalisation of the economy and the wholesale conscription of Eritrean youth into a 'national service' of military duty and forced labor resemble some aspects of Mao's early rule.

"Today China provides about $12m of 'no questions asked' assistance, is a source of easy-term military purchases, has invested in Eritrea's promising mining sector, and has provides political top-cover in multilateral fora."

But in offical comments about the meetings this week, there was no lingering on the past.

"Both sides agreed to uphold the common values of peace, development, fairness, justice, democracy and freedom for all mankind, and oppose hegemonic interferences in the internal affairs of other countries under the pretext of democracy and human rights," a joint statement by the two foreign ministers said.

"The Chinese side stands against any unilateral sanctions on Eritrea ... The Eritrean side reaffirms adherence to the one-China principle."

After his visit to Eritrea, Wang went on to Kenya, where he arrived on Wednesday afternoon. After that, he'll continue to The Comoros and Sri Lanka, before returing to Beijing.

The mini-tour comes on the heels of a trip to Africa by US Secretary of State Antony Blinken in November that was in part aimed at countering China's growing influence on the continent.

China is the Africa's largest trading partner with direct trade worth over $200 billion in 2019, according to official Chinese figures.

But Beijing is often accused of using its creditor status to extract diplomatic and commercial concessions, with concerns that it is driving many African countries to take on unmanageable levels of debt.

Akufo-Addo going to IMF is not victory, it's a day of sadnes...
22 minutes ago