A Government Under Siege? 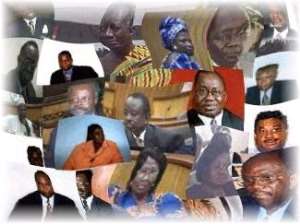 Burundi expected to announce Ndayishimiye next president
1 hour ago