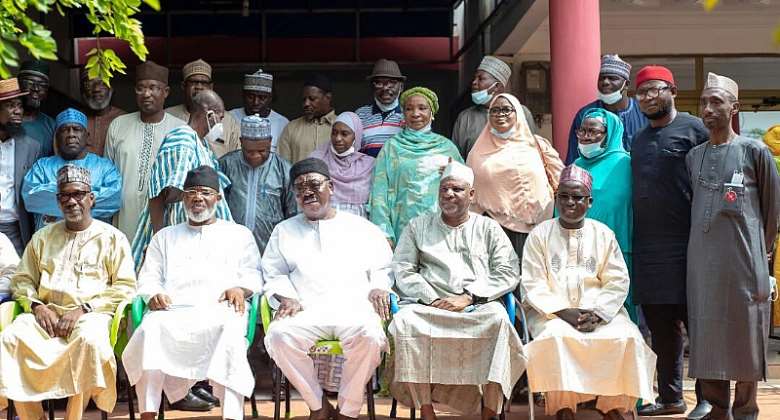 The National Hajj Commission of Nigeria (NAHCON) has commended the Government of Ghana for its continued support to the local Muslim community.

The Ghana government, for some years now, has been facilitating the Hajj Pilgrimage at a subsidized cost.

NAHCON’s chairman, Alhaji Zikrullah Kunle Hassan, said the intervention was laudable as it, to some extent, broke the financial barrier that was preventing Muslims from embarking on the pilgrimage.

He made this remark when he led a delegation to pay a courtesy call on the National Hajj Board of Ghana.

Alhaji Hassan said that support given to Nigerian pilgrims was from funds generated by the Commission through its operations, creative programs, and projects.

“Fees and charges are therefore included in the Hajj package for the provision of some services to pilgrims,” he said.

With the aim of increasing its support to pilgrims, Alhaji Hassan disclosed that Nigeria’s Hajj Commission was engaging with private investors to transform some of its assets into commercial ventures.

He also said that the Commission was planning to establish a Hajj Institute to train skilled professionals in English-speaking countries.

“The hope is for the Institute to serve as a resource center for all Hajj participating countries across the globe. The days of voluntarism and mediocrity in the operations of Hajj must give way to professionalism. Hajj has assumed some high-level sophistication and we in Africa and the sub-region must change accordingly,” Alhaji Hassan mentioned.

He also hinted at a possible provision of scholarship to Ghanaians who wanted to study abroad.

Chairman of the Ghana Hajj Board, Sheikh I.C Quaye, who received the delegation, was happy about the visit.

He said that it was long overdue for the two countries to collaborate and explore opportunities in the matter of Hajj pilgrimage.

“The opening of such a window of opportunities is long overdue and the Nigerian High Commission must be commended for initiating such a process. The Hajj Board of Ghana appreciates it very much and stands ready to help deepen the relationship,” he said.