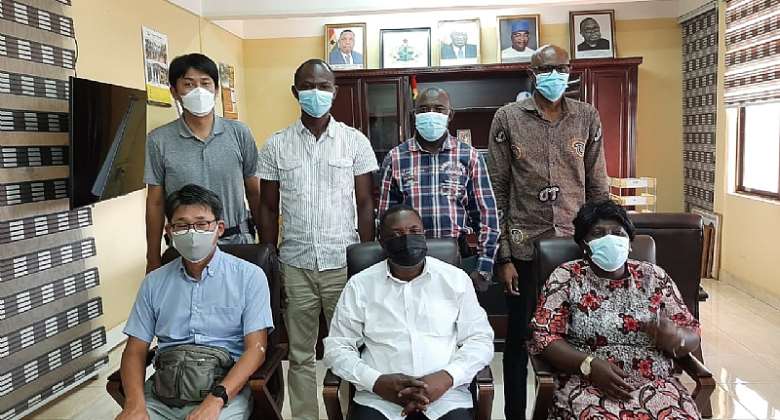 The Japanese International Co-operation Agency (JICA) has expressed its interest in helping the Bono East region to become a major rice production hub in Ghana and the West Africa sub-region.

In this regard, it is collaborating with the Bono East Regional Co-ordinating Council to undertake feasibility studies and develop a roadmap towards the establishment of large-scale rice farms in various parts of the region.

A delegation from JICA has subsequently visited some communities in Bono East with rice valleys to engage the farmers and land owners to ascertain their readiness for the project.

At a meeting with the Bono East Regional Minister, Kwasi Adu-Gyan, after its rounds in the communities, the delegation noted that the region is more than ready to ensure the smooth take-off of the project.

JICA therefore assured the Minister of its preparedness to provide technical assistance towards the execution of the project.

Sharing some of its observations in the region with the Regional Minister, the delegation from JICA noted that the land in the region “is “very rich for rice production” while the people in the area, on the other hand, are ever ready to engage in large-scale rice farming.

JICA however noted that there was the need to enhance the technological and agronomical know-how of the farmers to boost their business.

The Regional Minister, Kwasi Adu-Gyan, for his part, was grateful to the delegation for their commitment to ensuring that the Bono East Rice Agenda becomes reality.

He encouraged them to come up with a comprehensive plan which could whet the appetite of the youth and many other people to venture into rice farming.

He also touched on the need to supply the farmers with the right seedlings when the project kicks-off.

Already, the offices of the Iran and Saudi Arabian Embassies in Accra have also expressed their interests in the project.

President Akufo-Addo and the Minister of Food and Agriculture have also given their full endorsements to this course.

Aluta Continua: We are unable to call off strike – UG-UTAG t...
5 minutes ago