BECE candidates drowning incident: Don't be too quick to crucify the headteacher 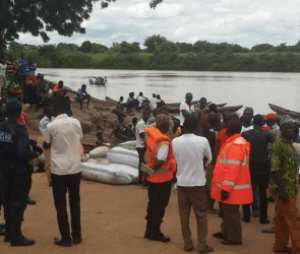 I commiserate with the family who have lost their children owing to the drowning incident in the River Oti in the Saboba Municipal. It is reported that these JHS students were returning from their headteacher's farm and drowned while crossing the river.

Inasmuch as I agree that this tragedy wouldn't have happened had the students not visited the headteacher's farm, I am saddened by the way the court of public opinion has already ruled against the poor headteacher who is only a victim of this unfortunate circumstance.

If the students helped the headteacher in his farm outside instructional hours, the headteacher would not be in breach of Section 3.7 (ii) of the Code of Conduct for Staff of the GES which states that "A staff shall not use the labour of a pupil/student in any form whatsoever with or without the consent of the parent during contact hours". Again, the students helping the headteacher in his farm would not constitute child labour and would not breach Section 87 of the Children's Act 1998 Act 560 because if it was done outside instructional hours, it would not deprive the students of the health, education and development as defined in 87(2) of the same act.

Also, the age minimum age for child labour has been set in Section 89 in the Children's Act at 15 years and the minimum age for the engagement of a child in light work (work which is not likely to be harmful to the health or

development of the child and does not affect the child’s attendance at school or the capacity of the child to benefit from school work) is 13 years (90 i and ii). With the harvesting of rice on the headteacher's farm likely to be a light work per the above definition, if the ages of the students who helped in the farm are 13 and above, then the headmaster wouldn't have breached any law.

The GES through the SISO in an interview with Joy News has condemned the headteacher and has threatened to deal ruthlessly with him. The MCE for the Saboba Municipal has also pre ruled that the headmaster (who himself reported at the police station) should not even be related but jailed to serve as a scapegoat. It is sad that these crucifixion comments keep flooding in as though it has been established by the court that the headmaster had killed these students.

We need not rush in making conclusions and let the law take its course. Will the MCE furiously threaten the same if he sends a student to fetch him water and is knocked down by a car? Now that the headteacher has been left alone as an orphan to swim or sink, I will call upon the teacher unions to go to his aid legally and psychologically.

In conclusion, the GES which moves with gleeful alacrity to sanction teachers who err should with the same speed of light condemn students who commit atrocities against fellow students and teachers.