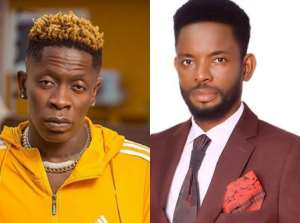 Bishop Stephen Kwesi Appiah, Founder and leader of New Life Kingdom Chapel aka Jesus Ahoufe has been denied bail after he was arrested on Tuesday morning.

According to Citi News sources, he has also been charged with causing fear and panic.

Bishop Appiah’s arrest was in connection to a prophecy that dancehall artiste, Shatta Wale, would be shot on October 18, 2021.

On the evening of October 18, 2021, there were reports that Shatta Wale had been shot by some unknown gunmen.

But in a lengthy Facebook post on Tuesday, October 19, 2021, Shatta Wale apologised to his fans saying he had lied about the incident.

He said he took the phones of the team members and made the post.

He made reference to the prophecy that was made by a Minister of the gospel recently that he would be shot dead on October 18, 2021.

According to Shatta Wale, he was surprised that the security services could not give him protection following the prophecy.

Meanwhile, the Director of Public Affairs at the Ghana Police Service, Supt. Alexander Obeng, has urged members of the public to volunteer information about the whereabouts of Shatta Wale.