Valco And the Ghanaian Economy 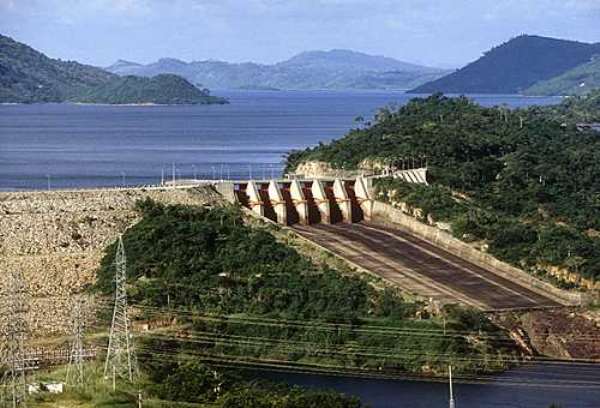 In 1962 history was made when the idea of the first President of Ghana, Dr. Kwame Nkrumah to build a dam to produce hydro-electric power was given a boost. That year one of the world's aluminium producing giants, Kaiser Aluminium and Chemical Corporation of the United States of America, willingly accepted to help raise funds for the project. Nkrumah and Edgar Kaiser, the Chief Executive Officer of the Kaiser Corporation, therefore signed an agreement to this effect in Accra and Washington. President Nkrumah needed funding to build the Akosombo Dam. International organizations were approached; and though they were willing to loan to Ghana, they needed some form of guarantee as to whether the project was viable and that the loan could be re-paid. International companies were therefore approached and 11 of them showed interest, among which was Kaiser Corporation. At that time Ghana had no track record as far as contracting of loans and repayment were concerned and this might have scared many of the companies. Ghana needed a company which would guarantee the purchase of a large chunk of the power to be produced by the hydro-electric project so as to raise enough funds to repay the loan. While all the 10 companies did not show enough confidence in Ghana and the project, Kaiser did, and based on that, a total of $98 million was loaned to the country by four institutions. The International Bank for Reconstruction and Development (predecessor to the World Bank) granted $47 million, United States Agency for International Development (USAID) $27 million, United Kingdom $14 million and Eximbank $10 million. Ghana also contributed an equivalent of $98 million towards the project, the largest single project on the whole of the African continent at that time. This therefore gave birth to the Akosombo Dam and the generation of hydro-electric power for the country. This has been the main pillar for Ghana's industrialisation. The original project plan was to build the dam, the hydro-electric plant and aluminium smelter. However, because it was not possible to raise funds for the entire project, the agreement between Ghana and Kaiser necessitated the latter's building of the smelter. Kaiser in conjunction with Reynolds Metals Company also of USA therefore formed the Volta Aluminium Company (VALCO) to build the smelter. Kaiser holds 90 per cent share with Reynolds having 10 per cent. In 1964 the ground-breaking ceremony for the construction of the aluminium smelter took place at Tema. It was completed in 1966 and production began in 1967. A year later, the first shipment of its product was made. The VALCO aluminium smelter, the second largest in Africa, has a production capacity of 200,000 metric tons. It is the foundation of Ghana's local aluminium industry, supplying 10 per cent of its product to local aluminium factories through the Minerals Commission. When operating at full capacity, the company employs 1,900 people, 99 per cent of whom are Ghanaians. Under the agreement with Ghana, which has undergone a series of reviews, VALCO pays over $40 million annually for the power its uses (43 per cent of total power production by the VRA), providing the foreign exchange needed to pay the interest and principal on the loan taken for the construction of the dam. Additionally, over $40 million is paid annually in taxes and contributions to institutions and charity, among which is the VALCO Trust Fund. The Fund was established in 1971, and administered by an independent body made up of Ghanaians. Until 1992, VALCO was sharing its profits equally with Ghana. Even though this situation has changed, VALCO pays annually over $500,000 into the VALCO Trust Fund. Grants from the fund have over the years supported a broad range of projects including research into sickle cell anemia, provision of medical equipment, funding of blood banks, building of a hostel at Kwame Nkrumah University of Science and Technology in Kumasi for post-graduate medical students and another at the University of Ghana, Legon. Many second-cycle institutions have also benefited from the allocation of vehicles and other equipment. Another physical evidence of the support of VALCO is the magnificent VALCO Trust House in Accra put up by the VALCO Trust Fund. On July 10, this year, the Resident Director, Dr. Charles Mensa, on behalf of VALCO, donated ¢4.036 billion to the VALCO Trust Fund. According to him, the donation brought the total amount donated by VALCO to the Trust since its inception to over $43 million, and the total support to Ghana's economy to over $1.6 billion. Dr. Mensa said the continuous support by VALCO to the economy of Ghana is an indication that VALCO has confidence in the people of the country. He pledged VALCO's continuous contribution of its quota to Ghana's economic development. There is no doubt that VALCO has helped immensely towards Ghana's economic development, first by helping to build the Akosombo Dam and second, by creating employment for Ghanaians, and also contributing funds through taxes and donations.