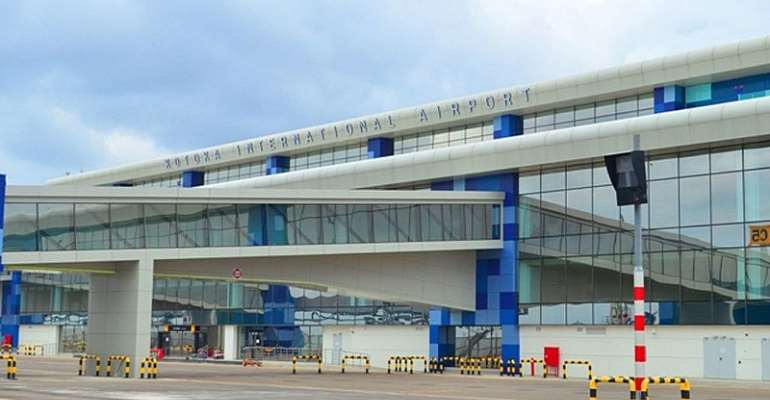 Highlights for this week’s edition of ‘Aviation This Week’ are topical industry stories from August 16 – 21, 2021 relevant to Ghana’s aviation space. The summaries are as follows:

Ethiopian Airlines has been crowned as the 2021 Africa Brand of the Year by the Africa Leadership Magazine.

The magazine which is published by Africa Leadership Limited in the United Kingdom seeks to tell stories about Africa to a global targeted audience of over 1.2 million people.

Customers of RwandAir to Gain Free Miles with Car Booking

Customers of RwandAir can now earn free miles when they book a vehicle to/from Kigali International Airport as part of their travel plans. Customers can register with RwandAir’s Loyally Program to enjoy the benefit.

SAA Retrieves Two Aircraft from Storage Ahead of Flight Resumption

South African Airways (SAA) is aiming to resume operations in September this year following a return of two of its aircraft from storage in Abu Dhabi. According to reports in South Africa, the airline will in the early delays resume flights on its domestic network.

United Airlines has advised its flight attendants not to use duct tape in restraining abusive passengers but rather stick to onboard restraining tools. The message which was shared to the staff in an internal memo comes at the back of the recent increase in violent passengers’ behavior which has caused some airlines to use duct tapes to restrain such passengers.

The Ghana Airports Company Limited (GACL) has rolled out a six-month payment plan for the settlement of staff welfare and statutory payments to help bring to an end recent agitations between staff and management.

Per the plan, all welfare and statutory payments will be settled from August 2021 whereas Tier 2 will be settled in October 2021 over a period of 6 months, among others.

Kenya Airways is encouraging all customers using the Jomo Kenyatta International Airport from September 2021 to make use of mobile money, credit or debit cards for all transactions. This is aimed at promoting contactless service to reduce COVID-19 spread.

Emirates has been adjudged the Best International Airline Brand, 2021 at the 2021 Ghana Business Standards Awards. The award was to acknowledge the airline for its competitiveness, innovation and focus on customers.

EgyptAir is offering all customers booking on its website a 25% discount to Egypt or any of its international destinations. The offer is valid until August 31, 2021, for travels until December 9, 2021.

KLM has organized a send-off party for its immediate-past Country Manager, Barbara Akuorkor Benisa as she takes up a new appointment as Ghana’s Ambassador to Malta.

She served as Country Manager for the airline from 1997 until her appointment this year.

Air France has opened a new lounge at Terminal 2F at the Paris Charles De Gaulle Airport in France targeting its business customers and Flying Blue Elite (loyalty program) members. The new lounge which showcases the best of French-style has something to offer for any budget.

Air France at the moment operates almost all flights between Paris and Accra at Terminal 2E.

Low remuneration of bankers could cause some bankers to leak...
36 minutes ago