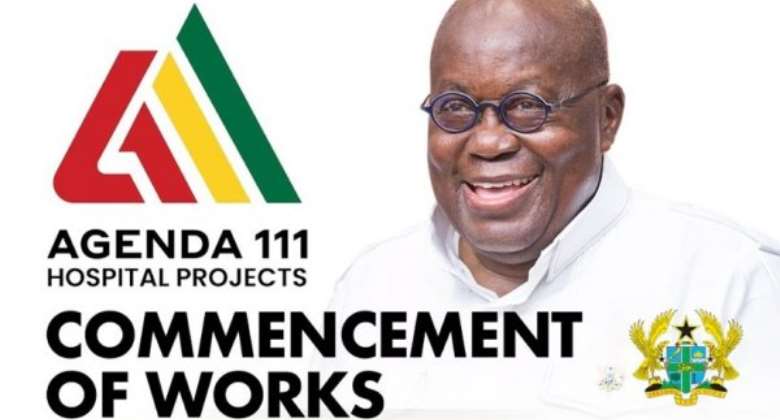 The Ministry of Finance says allegations that the government has spent GH¢ 636 million on the Agenda 111 hospitals project even before the sod cutting of the project are not true.

In a statement issued by the Public Relations Unit, the Ministry said the GH¢ 600 million released to the Health Infrastructure Account at Bank of Ghana (BoG) in 2020 to support the implementation of the District and Regional Hospital Projects was the equivalent of the US$ 100 million announced by the Government.

The amount, which is yet to be utilised, would be disbursed to contractors in accordance with the project work plan, it said.

"The said amount had been released into the project account at the BoG but not utilised yet. Project commencement has just begun. So far, only GH¢36million has been released as part of pre-construction mobilisation," the statement explained.

The statement said the Ministry would draw down various amounts from the account to be managed by the Ghana Infrastructure Investment Fund (GIIF), following the commencement of actual project execution as evident in the sod cutting ceremony of 17th August 2021.

The Government, the statement said, would ensure the use of local teams, comprising of Ghanaian consultants, project managers and construction firms to execute the project and also ensure due process during disbursement and procurement.

"We wish to assure the general public that Government is still committed to tackling Ghana's health infrastructure deficit and restoring the country on the path of achieving economic and social transformation," it added.

E-levy has been approved, we just need backing legislation –...
35 minutes ago