Atrocities against teachers and the loud silence of the GES 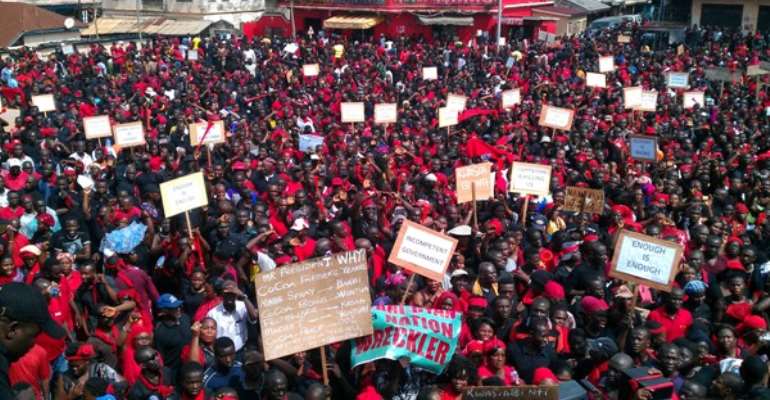 The incident ICT teacher who got stabbed by a student of Three-Town Senior High School has again accentuated my earlier assertion that the Ghana Education Service and the Ministry of Education is "anti-teacher".

This despicable act has happened three days ago and while both NAGRAT and GNAT have released separate press statements condemning the obnoxiously treacherous murder attempt by the student, the GES and the MoE is deaf-silent on the matter. It speaks volumes when an employer looks aloof while his employees are subjected to various degrees of brutalities by students.

On April 28, 2019, when a teacher of Asiakwa Salvation Army School was beaten to death by students, it took the teacher unions to fight for justice while GES assumed their usual posture of silence. GES was again at their silent best after a student-led attack on a teacher at the Nungua Cluster of schools on 22nd February 2021.

On the other side of the coin, earlier this year, when two Rastafarian boys were denied admission at Achimota SHS, the GES Director General, Prof. Kwasi Opoku Opoku Amakwa, with the speed of light ordered the headmistress to admit the boys.

Again, the Minister of Education in the first week of July who visited the Jaichie D/A " 1" JHS and met the absence of the headmaster with some teachers seated under a shed (not even a staff room) reported to the Bosomtwe Education Directorate. The Director, without giving a hearing to the headmaster told the Minister that the SISO, formerly CS had been asked to take over the management of the school and the headteacher would be reassigned. How swift the GES are when it comes to punishing teachers!

There has been several videos of hardworking teachers on social media platforms, for instance Mr. Asare Francis (@Essilfie Banton), an Art teacher at Mpraeso Senior High School who uses thrash from refuse dumps to make beautiful artwork which have gone unnoticed by the GES even when they are tagged in such posts. At least if such teachers are not rewarded by the GES, an emoji of recognition from would be enough encouragement, but no. If the same social media shows a teacher who has erred, an uninvited GES would quickly step in and punish such a teacher.

As I sympathise with the ICT teacher who was stabbed by his student and wish him a speedy recovery from his injury, I would encourage all teachers to do the best they can bearing in mind that for GES, good work is never rewarded, but errors and violations are highly punishable.

For the management of GES, I leave them with this favourite quotation "All too often, when we see injustices both great and small, we think that's terrible, but we do nothing. We say nothing. We let other people fight their own battles. We remain silent because silence is easier. 'Qui tacet consentire videtur' in Latin means 'silence gives consent'. When we say nothing, when we do nothing, we are consenting to these trespasses against us"(Roxane Gay, 2014).