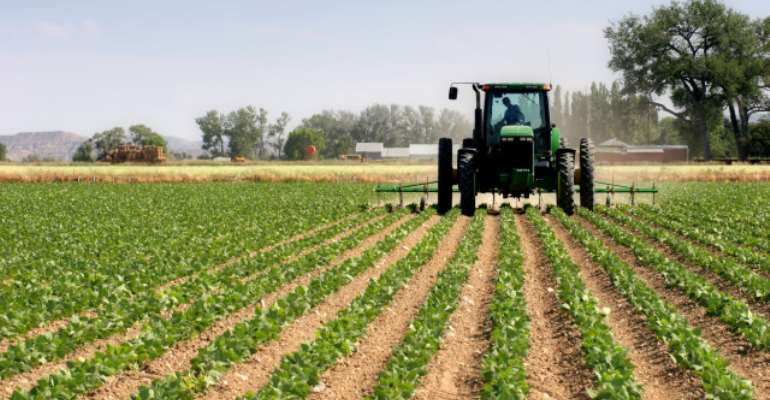 Persons within Ghana’s food production value chain are warning of food shortage if measures are not immediately taken to resolve the unavailability of fertilizer in the country by the end of the year.

They say Ghana faces a potential food crisis by 2022 if the challenges they face with regard to scarcity of agricultural material persist.

“The situation is having a toll on us in terms of food supply. The expected average food yield has also been affected in a way. There are a lot of issues hitting us on the ground.”

“We have a looming danger, and we are moving towards it slowly. By 2022, the food crisis will be an issue. I definitely foresee it seriously, because the factors on the ground point to that. The issue of fertilizer is critical,” Seidu Mubarak, Executive Council member of the National Seed Trading Association of Ghana, said on the Citi Breakfast Show on Friday.

Several farmers in parts of the country are struggling to access fertilizer to increase yield.

In the Sissala East Municipality and the Sissala West District of the Upper West Region, for instance, the shortage of fertilizer is adversely affecting farmers, leaving large fields of maize turning yellowish a few weeks after planting.

Also sharing in the growing concerns is Charles Nyaaba, Head of Programmes and Advocacy at Peasant Farmers Association of Ghana.

On the same show, he said urgent steps ought to be taken without delay to settle issues such as the payment of fertilizer suppliers, production cost and the difficulties associated with the fertilizer subsidy for farmers.

“If we are able to put in some contingency measures to get the fertilizer available, I think, things will work out. Most of the companies say their fertilizers are on the sea coming, and they are hoping that by next week, they will be available on the market. So we are hoping that the situation will change but if it doesn’t, then obviously, food production and expected yield for 2022 will be below target”.

In the meantime, Ranking Member on the Food, Agriculture and Cocoa Affairs Committee, Eric Opoku, has called on the government to immediately settle debts owed fertilizer suppliers in the country.

Suppliers of fertilizer for the Planting for Food and Jobs programme have had to halt distribution since April 2021 due to the debt owed to them by the government.

Although the Finance Ministry has instructed the Controller and Accountant General to release about GHS250 million to defray the cost, the suppliers are yet to be paid.

Speaking to Citi News, Eric Opoku said the situation could spell doom for farmers, as most of them are already complaining about the impact of the lack of the product .

“I have raised this issue on the floor of Parliament several times. Normally, what they [government] do is that, they award the contract and the contractors supply the fertilizer, and then it takes a long time for them to be paid. Sometimes, it takes more than a year of complaints.”

“The issue is that if they are not paid, it will be difficult for them to mobilize resources to continue their operations. So, the Ministry of Finance and government must understand the plight of the suppliers,” he said.