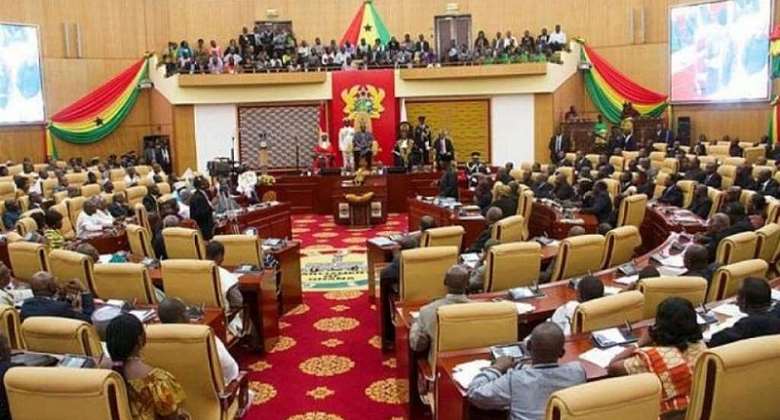 There is a trending debate in the country about loans granted parliamentarians to purchase vehicles for their work. Parliament, as provided for in the constitution is required to be the oversight body over the finances of the country. This responsibility is huge and their logistical needs should be met equitably in line with arrangements available to the executive and the judiciary.

It is trite knowledge that there are three separate and independent arms of government acting to serve citizens. It is also a well-established principle that the three arms of government namely the executive, the legislature( parliament) and the judiciary operate under the doctrine of separation of powers are financed by the state.

We need to compare how vehicles are provided to the executive and the judiciary, to that of parliamentarians and one we may realize that there is unfairness to parliamentarians.

Among the three arms of government it is only parliamentarians who take facilitated loans to buy vehicles to discharge their duties. We should therefore be encouraged to discuss whether or not it is fair and what to do to bring about equity in acquiring logistics to facilitate the work of the various arms of government.

Vehicles bought for the use of the executive and judiciary are governed by transport policies which allow for a minimum of five years replacement and new ones acquired.

In fairness, the purchase of vehicles by members of parliament (MP) by accessing repayable government-assisted loans is unfair to MPs in the contest of state responsibility towards the three arms of government.

Discussing this from the perspective of financial burden on the consolidated fund, the executive and judiciary are to be ranked first, second and parliament third. The current practice is rather less expensive since MPs repay the loans. However, we must objectively assess whether or not providing repayable loans every four years especially to MPs who are re-elected for second term is necessary.

The proposal to cancel the auto loans to parliamentarians and replace with the acquisition of vehicles by the state for use by MPs with transport policies similar to the executive and judiciary will achieve equity and fair state responsibility towards the three arms of government with the possibility of enhanced burden on the consolidated fund.

Provision of efficient road networks in the country with effective public transport systems by government will make vehicle needs of the three arms of government redundant and reduce the burden imposed on the consolidated fund.

We maybe unfair to parliament when we questioned payments of security allowance and other allowances without looking at what is available for the executive and judiciary. The package for the executive and the judiciary should be looked at against the other arm of government. We should avoid a situation where parliament uses its approval mandate to bargain for what they need.

The concerns of citizens about the loans to MPs is very good but isolating parliament in the financial cost to the state is unfair and defines a road map to enhance the financial burden for the state. The public discourse has generated useful ideas to guide government going forward.

Let us balance the discussion. Just as good roads, hospitals and classrooms are needed, the Parliamentarians also need logistics to work in the constituencies. Just as the teacher needs logistics to work especially in the rural areas, MPs also need “some”. All ministers have vehicles bought for their use by the state. The representatives of the President as DCEs, MCEs have vehicles procured for their use by the state. Our parliamentarians are the only ones who take loans to buy vehicles for their official parliamentary work. This discussion is about fairness and not the ills we know about parliamentarians in the discharge of their work after all the executive and the judiciary are not immune from work-related concerns by the public.

The real truth about the public anger is not the principle to grant repayable loans to MPs but the apparent poor road network and unresponsive public transport system in the country that make travel time and cost expensive and risky to citizens. Poor public service, eroded incomes, insecurity and abuse of citizens by the political arrangement are the main reasons for the public anger.