The crisis of leadership in Ghana revisited 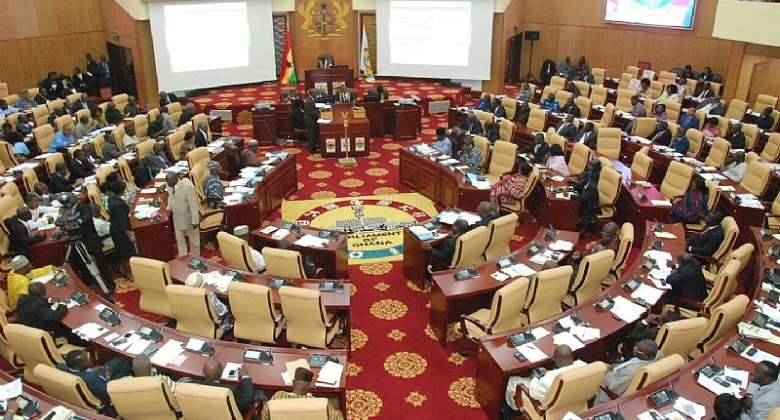 On 20 May 2021, my article titled Ghanaians do not have to fix themselves: they need good leadership was published on the ModernGhana and Ghanaweb news portals. Since then, I have read a number of other articles which look at the people in Ghana and argue that the problem is with the people. The point is made that Ghanaians talk of corrupt politicians and ministers, yet they invite them to chair harvest festivals, to attend funerals and outdoorings where they expect them to make huge donations.

It is true that Ghanaians as a people do not engage actively, intelligently, sensitively, and constructively with our leaders. We hardly question or criticise people in leadership positions. On the occasions when we have the courage to ask questions of a leader, he or she will be angry or extremely defensive and he or she will go into full-attack mode, dirt throwing, deliberate and negative campaigns and threats assisted by hangers on and cronies.

We seem to have elevated the Ghanaian hierarchical culture where speaking is often the purview of the most senior, oldest person. Others are expected to remain silent and only speak when spoken to or asked to corroborate information. In this respect we could be said to be operating not as a civilian organisation but like the military where the power and responsibilities are based on rank. Each level oversees those levels below and reports to the level above. While it may be argued that a culture of silence in the sense of people disappearing for speaking against the government does not exist, people are harassed and intimidated by pro-government persons and media. The heavy police and military presence at wherever Fix the Country Campaigners are and the arrest of some of their leaders may lead people to say that a culture of silence exists in the country.

Those who argue that we should fix ourselves before we can fix the country point out that we blame our leaders for everything on earth and yet we are the same people who provide poor customer services, take government property for personal use, spend office time at a prayer camp, throw garbage into drains or build on waterways, flout import regulations and inflate prices of goods and services for Government or the organisations we work in or demand 10 per cent commission before awarding contracts etc.

It is true that Ghanaians as a people are engaged in many of these illegal and morally wrong acts but if we have good and selfless leaders and the systems, especially law enforcement, works like it does in many developed and developing countries, we may not be able to completely eliminate these activities, but they will not be the norm. How many countries in the world have had to pay such massive judgment debts?

We set up a Judgement debt Commission, yet we continue to pay judgement debts. Where are the leaders? Is it the man in the street who mismanages these? St Augustine Bishop of Hippo in his book the City of God says that people need governments because they are sinful. In effect, governments are there to ensure things work well. Government ensures people are punished for doing the wrong thing. What is needed therefore is competent, selfless leaders. I believe that if we have the public-spirited leaders, we will have taken the first steps on the road to fixing the country. When a child is misbehaving, we tend to ask where the parents are. In much the same way, if things in the country are not going well, we have to ask where are the leaders?

Events and happenings in Ghana reported on the various news portals and what I have read from other sources make me more convinced than ever that we have a crisis of leadership across the board in the country. The President, the Vice President, the Chief Justice, Ministers, MPs, the CEOs of various establishments, Head of the Civil Service, the IGP, the supervisor on the factory floor, the head of the drivers’ union, the head cleaner, the queen of the tomato sellers at the market are all leaders and must be seen to set the best examples. If these leaders were to set a good example supported by an effective and efficient system including an effective police and judicial system what a difference it will make to fixing the nation. No man can be a good bishop if he loves his title but not his task. What we have in Ghana is our leaders love the title and what it brings them and not the task. I was listening to a program on Ghana on YouTube where an MCE asked a journalist to address him as Honourable before he will speak. There is also the case of the Sanitation Minister who when confronted with some sanitation issues asked the journalist “so do you expect me to go and do it?” These examples are indicative of persons loving their titles and the benefits it brings in and not the onerous responsibilities that come with it. In fact, a Ugandan proverb says ”do not be a leader and use it for your advantage”

Executive Instrument 67 of 2020 Published in Government Gazette No. 56 on 11 April 2020 which commenced on 13 April 2020 impose restrictions on public gatherings. Certain people have been prosecuted for breach of this law. Current indication is that the organisers of the Christ Embassy’s ‘Pneumatica Night 2021’ conference held on April 30 are being prosecuted for flouting the law. We have read and seen what happened at the funeral of the former Chief Executive Officer of the Forestry Commission, Mr. Kwadwo Owusu Afriyie alias Sir John. There was utter disregard of the law and its protocols. This funeral was attended by the President, the Vice President, the Chief Justice and many high ranking people of all political persuasions. Many people spoke about the breaches that occurred and the GMA asked for some specific actions to be undertaken. Nothing has been heard about it. The President was in the north and you could see the crowd and there was a blatant breach of the Covid 19 law but nothing was said about it. A South African proverb says that good behaviour must start from the top. My question is can we morally prosecute anyone who also breaches the law. If we go ahead and prosecute some people and not others then we will be reinforcing the perception that in Ghana we are operating two systems of laws as in George Orwell’s Animal Farm. Two British members of Parliament lost their positions for breaking a COVID 19 law. The President of Brazil and also the Deputy Prime Minister of Australia have been fined in their respective countries for not wearing face masks.

In St Augustine’s The City of God we get the idea that the character of our leaders holds up a mirror to the character of the nation, organizations, and the larger society. We elect our political leaders so it is obvious that we get the leaders we deserve. In the context of leadership, I have followed with keen interest the vetting of nominees for various positions in Government and I am disappointed in the process. The nominees get questions to prepare answers for and even then, some fail miserably in answering the questions. While I will excuse a nominee for not having knowledge across all the portfolios for which he or she has been nominated, my question is how much weight is given to the character, track record, integrity, and moral standing of the person? Vetting by Parliament is a rubber-stamping process. I sometimes wonder why the Government even nominated some people and why Parliament approved some of them. When persons on the Clapham Bus, i.e. the reasonable person, believes that a nominee for a position has a low moral standard or does not deserve the position but manages to get the position, people see it is a signal that anything goes.

I read that Kennedy Agyapong and some NPP leaders were attacking Professor Ken Attafuah for saying that he had been instructed not to employ NPP Executives. I am not sure why the Professor decided to make public a private conversation. However, the attack on the Professor raises the question what happened to merit as the basis for appointments. We need to banish this concept of protocol and entitlement. It is the cause of a lot of our problems.

There is a Ga proverb “eku shi egbe ko shi”, meaning it is broken but not fallen so let our current crop of leaders make a right about turn from their evil deeds and set good examples. We have seen, in recent years, how leadership can make or break a nation. Let us think of Trump, Biden, late Lee Kuan Yew, late Dr John Pombe Joseph Magufuli of Tanzania and Paul Kagame, President of Rwanda, to mention a few.

Let me recall some words of President Ronald Reagan during the Iran Contra Affair: "The buck does not stop with Admiral Poindexter, as he stated in his testimony.It stops with me. I am the one ultimately accountable to the American people. The Admiral testified that he wanted to protect me; yet no President should ever be protected from the truth. No operation is so secret that it must be kept from the Commander-in- Chief. I had the right, the obligation, to make my own decision."

Which of our leaders from the President to the Head Cleaner is able to say the buck stops with him or her and therefore, accepts all the consequences including, if necessary, resign from an office or position? Ghana would be a paradise, if something like this were to happen?