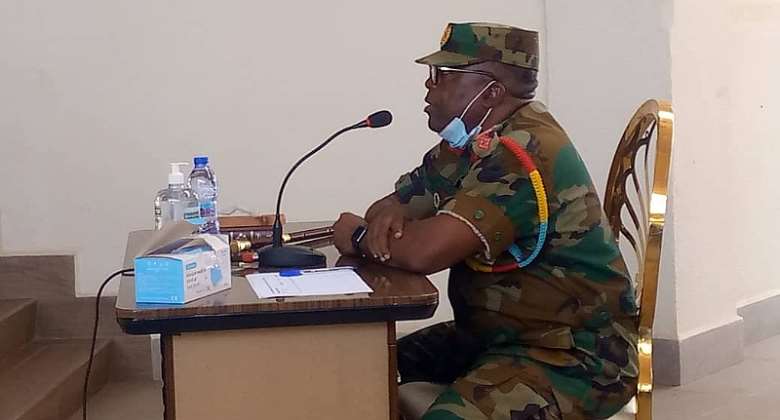 Brigadier General Joseph Aphour, the General Officer Commanding of the Central Command, has defended the Ashanti Regional Minister’s decision to request military deployment to Ejura during the disturbances.

According to him, had that not happened, more lives would have been lost during the protest.

The Ashanti Regional Minister, Simon Osei Mensah, has admitted to requesting the military in the area during the protest as Chairman of the Regional Security Council, REGSEC.

Mr. Osei Mensah said he took that action based on intelligence he gathered a day before the protest that turned bloody with two lives lost, and four others injured.

“I called on the military, as the Chairman of the Regional Security Council (REGSEC), to be a backup a day before the incident. I did that based on intelligence I gathered that the youth had planned to go and burn the police station in the town and the homes of the two suspects the police have arrested after the burial of Kaaka.”

“It is very unfortunate what happened, but this isn't the first time the military has been called upon to assist the police. It is a strategy I have used since 2017.”

The Minister has also stated that he did not have a full REGSEC meeting before taking the said action as required by law.

This has led to some criticisms, with others saying he could have had a short strategic meeting before the action.

But appearing before the committee probing the issue, Brigadier General Joseph Aphour, said the decision was timely.

“But if not for what we did together with the police in Ejura, I can bet you that there would have been more deaths to civilians. I believe the judgement he [The Regional Minister] gave by inviting us to intervene was the right one.”