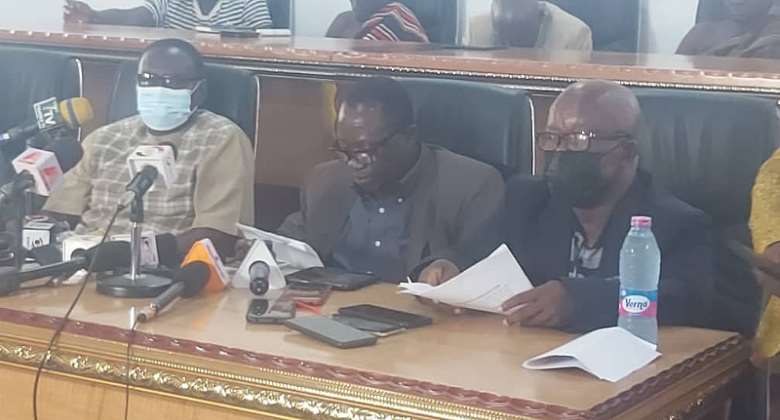 The three-member ministerial committee tasked to investigate the disturbances at Ejura in the Ashanti Region that saw soldiers open fire on protestors last week will have its first sitting today, Tuesday, July 6.

The sittings will be held at the Prempeh Assembly Hall in Kumasi from 10: 00am to 4.00pm each day.

The members of the committee are Justice George Kingsley Koomson as the Chairman; Security Analyst, Dr. Vladimir Antwi-Danso, and the Executive Director of Penplusbytes, Juliet Adiema Amoah.

They will receive evidence from witnesses to ascertain the cause of the violence which left two persons dead and four wounded.

One of the four wounded persons, a 16-year-old boy, has had one of his legs amputated.

The committee will sit every day except on Sunday.

It has already met the Ejura Traditional Council, the leadership of the Zongo Community, and affected families.

Speaking to journalists, the Chairman of the Committee, Justice George Kingsley Koomson, said an invitation has been also already been extended to some other witnesses.

He also urged persons with evidence to turn up at the sitting to assist the committee. Background

The violence occurred during protests that followed the death to a social media activist, Ibrahim Muhammed.

Ibrahim Muhammed, alias Kaaka, died after he was attacked by a mob on June 27 while returning home.

He's believed to have been killed because of he was critical of the government.

The 45-year-old was noted to be vocal on both local and national issues using his Facebook page.

Police in the Ashanti Region have since arrested three persons in connection with his death and put them before the court.

Ibrahim Muhammed was buried on Tuesday, June 29, 2021, alongside the two others who died in the protest.