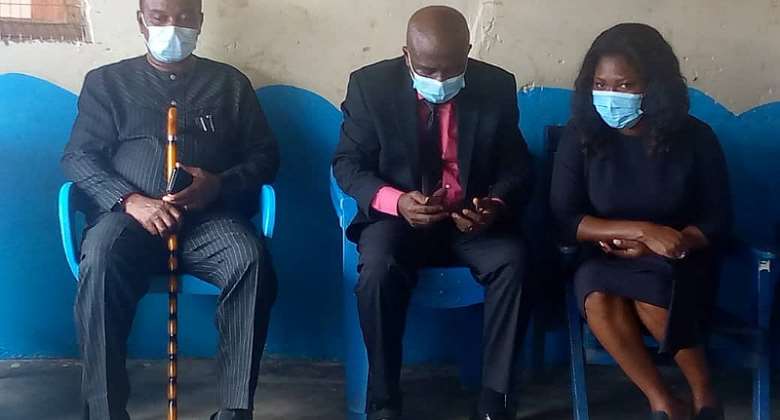 The three-member ministerial committee tasked by the Interior Minister, Ambrose Dery, on the orders of the President to investigate the disturbances recorded at Ejura in the Ashanti Region last week, has scheduled its first sitting for Tuesday, July 6.

The sittings are expected to be held at the Prempeh Assembly Hall in Kumasi at 10: 00 am each day.

This was announced in a press statement signed by Ms. Marie Louise Simmons, the Media Liaison Officer for the committee, on Monday, July 5, 2021.

The members of the committee; Justice of the Court of Appeal, Justice George Kingsley Koomson [Chairman of the committee], Security Analyst, Dr. Vladimir Antwi-Danso, and the Executive Director of Penplusbytes, Juliet Adiema Amoah are expected to receive evidence from witnesses to ascertain the cause of the disturbances.

The committee is however expected to submit its report to the government within 10-days.

Meanwhile, the committee has begun preparatory arrangements for its sitting on Tuesday. The committee will sit every day except on Sunday.

The three-member committee met the Ejura Traditional Council, the leadership of the Zongo Community, and affected families.

Speaking to journalists, Chairman of the Committee, His Lordship Justice George Kingsley Koomson, said an invitation has been extended to some witnesses.

He also urged persons with evidence to turn up at the sitting to assist the committee.