Ejura killings: Akufo-Addo has achieved his 'all die be die' mantra – CDG-Ghana 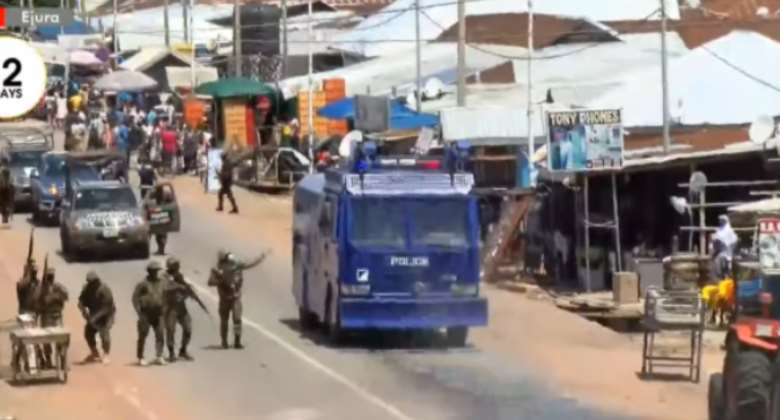 The Caucus for Democratic Governance (CDG-GH) says President Nana Addo Dankwa Akufo-Addo has achieved his ‘all die be die’ mantra following the recent killings in Ejura, the military brutality in Wa and other killings by the security forces recorded in the last five years.

"All die be die," a campaign phrase used by the current president became very popular in the run up to the 2016 general elections.

Although it’s true meaning has often been twisted dependent on where one stands in terms of his/her political affiliation, CDG-GH insists the killings recorded under the Akufo-Addo government clearly gives meaning to his 'all die be die' mantra.

“During the 2020 election (for the first time) eight people were shot and killed by armed police and army in an election. WHY? Certainly Nana Addo has achieved his” ALL DIE BE DIE” mantra,” the CDG-GH statement signed by Executive Director, Dr. E.K Hayford has said.

The group explains that inordinate ambition and the insatiable desire to rule, has always ended in failure and destruction,m " and this is what is happening in Ghana now."

The statement adds that nation building is a democratic exercise that neither require militia nor arm-twisting strategies.

“Where leaders rule with conscience, honesty and truthfulness in character, there is always harmony. Let us listen to the cry of the people and free them from hunger and servitude,” the release from CDG-GH emphasised.