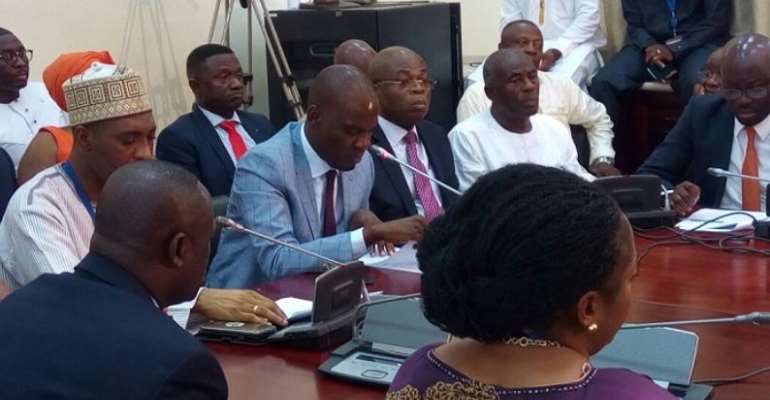 The Minority NDC in Parliament have served notice it will boycott the approval of four deputy ministerial nominees who were vetted on Friday June 11, a vetting the group did not take part in.

Deep throat sources within the caucus tell TV3 that the group is pushing for a re-vetting of the four nominees or they risk a boycott in the form of a walk out.

The minority in parliament did not take part in the vetting of the four nominees as they explained they were observing the Greening Ghana day which includes the embattled Techiman South MP, Martin Adjei Mensah Korsah who has been nominated for the deputy local government minister.

The minority side explained their absence from the vetting was due to the Green Ghana Day as directed by the speaker to have all MPs go back to their constituencies and observe the day.

Sources reveal to Tv3 that the opposition lawmakers will make a strong case for a re-vetting of the nominees or they risk a total boycott.