Protestants Of #Fix The Country Are Clueless, They Need To Be Educated 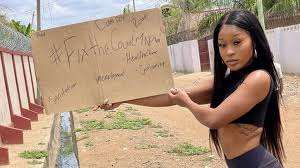 The popular online protest '#FixtheCountry hashtag has topped the news this past week. The campaign is being advanced by disgruntled Ghanaian youth who claim that leaders and government officials have failed them in developing the country.

The protest has gained massive support from all quarters of the political divide and has led to a demonstration on the streets of Accra.

The demonstration however has failed as the Ghana Police Service sought an injunction on the protest from the High Court citing COVID-19 and its danger to public order.

As a writer and a trained journalist I have keenly followed the campaign and my assertion is that Ghanaians are clueless and needs education when it comes to fixing a country. How do you fix a corrupt country like Ghana?

Now, let's split the above question first into keywords. 1. Country 2. Corruption 3. Fix and 4. How

How do we define the keyword fix? Fix is applied when we understand the impact the problem caused. When we also realize the risk if the problem is not solved early. Again, when the main cause of a problem is identified.

The last keyword, how! It will surprise you to know that those who criticize corruption in the public realm secretly admires the dividend it yields. To fix a corrupt country like Ghana there need to be few systems we have to put place.

We need a system where the general public do not entertain corruption or the corrupt and will also not entertain the dividends it brings even if it brings good to them. It is more of an attitudinal change. Let us not heap all blames on Akuff Addo's government. #Fix Your Attitude before you aimlessly shout fix the country.

Akufo-Addo directs CJ to look into petition for Jean Mensa’s...
44 minutes ago