Beyond the attacks on Sonnie Badu 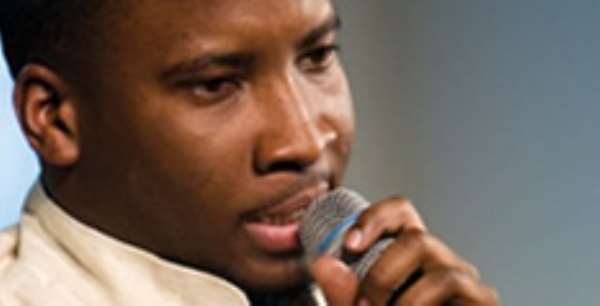 The Ghanaian social media space has increasingly become hostile to reasoned argument and more so Christianity. Social media has also enabled young people to insult and use intemperate language against persons with whom they disagree. The most unfortunate in all this is that we have lost our sense of civility, following the near absence of the ethics of communication that animate social/physical engagement on social media.

Nearly a month ago, Sonnie Badu publicised or it was reported that he had had a doctorate in a few months. This did not sit well with most Ghanaians, who took him to the cleaners. In the end, the insult Ghanaians launched against the person of Sonnie Badu was so distasteful that the ace Gospel musician was compelled to call the bluff of Ghanaians – highlighting our deep-seated jealousy against successful people.

In fact, the insult against Sonnie Badu was against the background that he had cleared the air that the degree was honorary, which was in recognition of his outstanding contribution to Christian ministry.

Certainly, I know what it means to work for any type of degree, be it undergraduate or postgraduate, including a PhD. I am also not oblivious to the cerebral exertion involved in acquiring a university degree. But what is also true is that any degree is given as a result of one's solid contribution to knowledge – which advances human flourishing.

The signification of a degree as a mark of achievement is because the world is inundated with so many challenges to the extent that, I argue that we live in a world that is woefully incapable of giving us 24 hours of uninterrupted peace. So, whether it is about a university acquired doctoral degree (through research and writing of a thesis) or honorary (achievement outside of the academia), the award is in recognition of one's contribution to alleviating the plethora of human vicissitudes.

Indeed, most of the quintessential persons we celebrate for having blazed the trail in advancing human flourishing in all fields of endeavour never had any doctoral degree. Some of them, including Socrates – the voluble sagacious person – never wrote, not even a thesis.

So, largely, it is not a matter of achieved or honorary title that matters. What matters is how much of the human challenges we strive to solve in and out of the academia. In Ghana, we have become so fixated with certificates and titles that people are compelled and in line with their own selfish interest to use duplicitous means to acquire a certificate.

More recently, we have become worryingly aware of persons whose doctoral thesis are written for them. We also have a good number of persons of academic titles who cannot piece together any logical sentence without betraying the hallowed title they carry. What is more, Ghana now has more PhD holders than any time in our country’s history, and yet we continue to wallow in endemic poverty and deprivation.

While some of us are more interested in seeing any relevant nexus between the increasing growth of men and women with doctoral titles and Ghana’s quest for economic liberation, I found it quite strange that we had the temerity to question Sonnie Badu’s honorary degrees.

Even if Sonnie Badu was given four doctoral titles in two months, the question for me would not be about the duration he used to acquire those titles. The question would have been about his contribution to human flourishing. So, instead of roasting him over the titles, I would rather pursue an agenda of assessing the impact of his Christian ministry.

Impliedly, we should place emphasis on substance rather than the mere title, which should compel us to reasonably step out of our penchant to condemn – based on envy – to examine the impact his Christian ministry has had on people across the world.

Even so, given that Sonnie Badu was/is such an important figure in Christian ministry in Ghana and elsewhere around the world, I mused over the following questions as he was subjected to damning comments and ridicule: Were Ghanaians bashing Sonnie Badu because he does not sing any of the ear-splitting gibberish that masquerades as music and gets an award? Or is it that he cannot be celebrated because he does not parade nude women in his videos to meet the voyeuristic appetite of depraved men and women?

As a practising Christian, I can clearly see that the attacks that people launched against the person of Sonnie Badu were beyond the award he received. For me, the attacks signalled the intensification of the crusade against Christianity. In fact, more recently, anything that represents Christianity, including the National Cathedral, has become a target of inane condemnation.

Incidentally, just around the time, Sonnie Badu was being trolled on social media with some advocating culture cancelling of his ministry, a young woman who had conspicuously demonstrated moral depravity was being hailed as a hero. Of course, some of us were not the least surprised because our generation is so morally corrupt that we call good evil and evil good.

In all the attacks on the person of Sonnie Badu, I was reminded of how the onlookers at the time of Jesus’s crucifixion said they preferred the liberation of a convicted thief to a judicially declared sinless saviour of the elect.

In the end, it saddens my heart when professed Christians are lured into condemning their fellow Christian or Christian symbols as a result of partisan politics. Over the last few years, we have seen how some celebrated journalists would interview an opaquely thinking person who is celebrated for his needless and uninformed critique of Christianity, because we have become so anti-Christian that we celebrate “mentally deranged” persons who would ordinarily not even get a public hearing.

But while people may see it as providential to condemn Sonnie Badu, the questions I asked myself were: has he asked to be employed by any Ghanaian university to teach with his degree? In any case, if he claims to have had ten degrees and he has not come to you for any endorsement, why do we bother condemning him? Have we as judges and too-knowing people taken the pain to investigate how some of our supposed title holders got their degrees?

As I said, some of us are convinced that Sonnie Badu became a microscopic target for the general attacks against Christianity. But the good news is that Jesus Christ has promised that the gate of hell shall not prevail against His Ecclesia (the Church). No amount of attacks would suffice, because our Lord Jesus Christ won the hard victory for us.