Towards better sentencing laws for Ghana 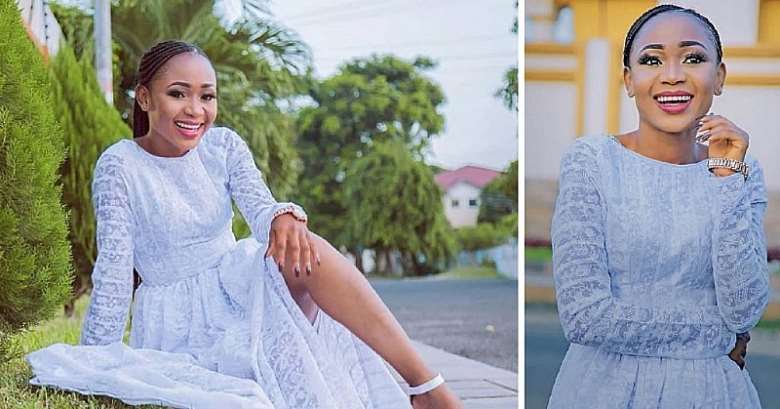 In 2003, I wrote a feature article that was published on the Modern Ghana News Portal titled Bail and Sentencing Laws in Ghana Need Forward Thinking. I am prompted to revisit this issue in light of the custodial sentence imposed on Rosemond Brown alias Akuapem Poloo.

Akuapem Poloo was accused of publishing an obscene material which is a breach of section 280 of the Criminal Offence Act 1960 Act 29. The punishment for this offence is prescribed in Section 296 of the Criminal Procedures Act 1960 (Act 30)

In imposing the 90 day sentence on Akuapem Poloo, the Judge, Ms Christiana Cann, is quoted as saying that sentencing Akuapem Poloo must not only be punitive but must serve as a deterrent to society. Akuapem Poloo is being punished to set an example for other nudists in Ghana.

The sentence imposed on Akuapem Poloo has triggered a myriad of reactions with a Free Poloo Movement springing up in a short time.

The Akuapem Poloo case and some cases I have read in the media where custodial sentences have been imposed for minor offences and misdemeanour have brought to the fore the need for an urgent and comprehensive review of the sentencing laws and practices in Ghana. I believe it is time the Courts moved away from the overdependence on custodial sentences especially when dealing with minor and petty criminal offences where non-custodial sentencing options were or should be available to trial judges.

There are seven purposes for which a court may impose a sentence on a convict and it is important that sentences fulfil one or more of these purposes. The purposes are:

(a) To ensure that the offender is adequately punished for the offence;

(b) to prevent crime by deterring the offender and other persons from committing the same or similar offences;

(c) to protect the community from the offender;

(d) to promote the rehabilitation of the offender;

(e) to make the offender accountable for his or her actions;

(f) to denounce the conduct of the offender;

(g) to recognise the harm done to the victim of the crime and to the community.

In the case of Akuapem Poloo, Judge Christiana Cann went for the deterrence and recognition of the harm allegedly done to the child options.

The sentence imposed on Akuapem Poloo is predicated on the assumption that the harsher the punishment, the greater the deterrent effect. It is to deter not only the offender but also others who might consider breaking the law by committing the same or a similar crime.

Sentencing in Ghana is regulated by the Criminal Offences Act 1960 (Act 29) and the Criminal Procedure Code 1960 (Act 30), as subsequently amended. Section 294 of Act 30 lists punishments that may be imposed on a person found guilty of a crime. They are: death, fine, imprisonment, payment of compensation, detention and liability to police supervision.

Section 299 of Act 30 provides that a court may order a person who is convicted of any offence to enter into his or her own recognizance, with or without sureties, for keeping the peace and being of good behaviour; and that, in default of such recognizance or sureties, he or she be imprisoned, in addition to the term, if any, of imprisonment to which he or she is sentenced, for any term not exceeding six months or exceeding the term for which he is liable to be imprisoned for the offence of which he is convicted or, if no term of imprisonment is specified for the offence which he is convicted, for a term not exceeding two months.

Section 318 of Act 30 provides that if an offender is sentenced to a fine only and imprisonment in default of payment of the fine, the Court may issue a warrant under section 317, to suspend the execution of the sentence of imprisonment and may release the offender on he or she executing a bond.

Section 355 of Act 30 also states that a probation order may be between six months to three years from the date of the order.

Other sentencing options provided in Act 30 are fines and compensations.

From the foregoing it is obvious that there are various non-custodial options to be considered when sentencing an offender. With all these provisions for non-custodial sentencing available to judges, the issue is, why are prison sentences more common than all these other forms of punishments at the disposal of the presiding judges. Why for example was Akuapem Poloo given a custodial sentence when she was a prime candidate for rehabilitation? I did not, in the judgment, see any consideration of the principles of proportionality and parity. Did the sentence meet the seriousness or gravity of the offence?

In my view, there are two main reasons for this predominance of custodial sentences imposed by the courts in Ghana. The first is the inherent problems in Acts 29 and 30.

Section 296 of Act 30 sets out the general rules of punishment.

The second is that judges are guided by various decisions of the higher courts insisting on custodial sentences. These decisions are then followed by trial courts which are invariably the lower courts in the hierarchy of courts. In Kwashie v the Republic [1971] 1GLR488 at p.499, the Court of Appeal, Coram Azu Crabbe, Anin and Archer JJA held, in dismissing an appeal against sentence, as follows: It is trite law that the question of sentence is within the discretion of the trial court or Judge, except where the offence provides expressly its own penalty.

“(1) when a trial judge is imposing a sentence on a convicted person there is no obligation on him to give reasons for the sentence that he imposes.

(2)When a court decides to impose a deterrent sentence the value of the subject matter of the charge and the good record of the accused become irrelevant.

(3) In determining a sentence, it is proper for a court to consider on the one hand the social or official position of the offender and on the other that the offence may be aggravated by reason of such position.

In The Republic v Adu-Boahen, [1972] GLR 70-78, the Court said if a court finds an offence to be grave, it must not only impose a punitive sentence, but also a deterrent or exemplary one so as to indicate the disapproval of society of that offence. Once a court decides to impose a deterrent sentence, the good record of the accused is irrelevant. See also cases decided by the Supreme Court like Owusu Banahene v The Republic (J3/02/2019); Joel Mejia Duarte v The Republic (J3/8/2016).

It is important for courts to try and reduce the disparities in sentencing and thereby enhance public confidence in the criminal justice system while at the same time protecting the public from offenders.

While the law has options for probation, it is hardly used in sentencing in Ghana. The courts should consider all the options provided by the law, probation, fines, compensation etc and in my view, where the option of a non-custodial sentence is available, a custodial sentence should be reserved for a case in which the objectives of sentencing cannot be met through a non-custodial sentence. It is my view that a court must not impose a sentence of imprisonment on a defendant unless the court decides that the seriousness of the offence is such that the only penalty that can be justified is imprisonment or it is required for the purpose of protecting the community. Courts use the parole system for custodial sentences. In many countries, when a custodial sentence is imposed there is also an option to provide for a non-parole period. This should be part of the law in Ghana so that a non parole period is set at sentencing.

In my opinion we need an overhaul of sentencing law and practice in Ghana and in some cases amendments to the law.

The review of the law must give serious consideration to Community Service Orders. The advantages of this include lower administrative costs than other custodial sentences; prevention of disruption to offenders’ family and protection of the self-esteem of offenders. Community Service Orders should be available as a general penalty rather than as a strict alternative to imprisonment.

The review of the law must also look at the practice of suspended sentences and make it available not only when imprisonment is the result of inability to pay a fine. If the court sentences an offender to imprisonment, it will then decide if there is good reason to suspend the sentence. When a sentence of imprisonment is suspended, the offender signs a bond (which is an agreement under which he or she promises to be of good behaviour for a set period of time and to comply with all the conditions set out in the bond). He or she is then released, usually under the supervision of a Community Corrections Officer.

There are number of benefits that will be gained by reform of the law to make available other non-custodial sentencing options. A major benefit will be the decongestion of the prisons in Ghana. It is my hope that some move towards reform of the law would be undertaken.

There are number of benefits that will be gained by reform of the law to make available other non-custodial sentencing options. A major benefit will be the decongestion of the prisons in Ghana.

A prison in Ghana, built to accommodate 700 people, now houses approximately 4000 inmates almost six times the number of people intended. All of the prisons in Ghana combined should house no more than 8000 people and currently, they accommodate more than 14,000 inmates (Amnesty International, 2012).

Finally. we need to engage in serious discussion on the death penalty with a view to removing it from the statute books.