The Ga East Municipal Assembly (GEMA) has marked World Earth Day with the planting of coconut seedlings donated by an Agripreneur, Nana Osei Bonsu, at the frontage of the Assembly’s Main Office at Abokobi.

World Earth Day is celebrated on the 22nd day of April every year to create awareness of the need to protect the Earth and ensure safe living by its inhabitants.

The day is observed to create awareness about pollution and to celebrate the environment of the blue planet and also marks the anniversary of the birth of the modern environmental movement in 1970.

Since its inception in 1970, following the proposition by John McConnell, a peace activist, to set aside a day to honour the Earth, at a UNESCO Conference in 1969 in San Francisco, United States of America (USA), the 22nd day of April every year, is celebrated globally as “EARTH DAY”.

The historic Paris Agreement, which is an agreement within the United Nations Framework Convention on Climate Change (UNFCCC), was signed on this Day in 2016 in Paris, France, with Ghana a signatory.

This year’s celebration is on the theme, “Restoring Our Earth”, which focuses on natural processes and emerging green technologies that can restore the world's ecosystems.

At a brief ceremony to mark the Day at the Ga East Municipal Assembly’s Office, the Municipal Chief Executive (MCE), Hon. Janet Tulasi Mensah emphasized the significance of the Day and appealed to the people in the municipality to cultivate the habit of planting trees, especially fruit-bearing plants, and desist from the indiscriminate cutting of trees without replanting.

“The clarion call is on all of us to be responsible towards our environment. Let us stop the indiscriminate cutting of trees in our homes, on our streets, work places, churches and mosques, and other places without any effort to replant same. We must leave spaces for green cover and trees and desist from concretizing every available space as this contributes to a surge in Climate Change. Let us remind ourselves of the axiom, ‘When the last tree dies, the last man dies’ and change our attitudes towards the environment”, she said.

The Municipal Chief Executive disclosed plans by the Government to plant trees throughout the country this year to help mitigate the effects of Climate Change.

“This year, the Government of Ghana, through the Forestry Commission, is embarking on a project, dubbed the ‘GREEN GHANA DAY’ to be celebrated on 11th June, in which at least Five Million trees will be planted on the day by various stakeholders. This initiative is aligned with the Ghana Forest Plantation Strategy (2016-2040) and geared towards the realization of the respective United Nations Sustainable Development Goals (SDGs) on Climate Change and related activities”, she stated

She said the Assembly is expected to plant at least five thousand trees in the municipality as its contribution towards the national target and urged all and sundry to lend their support.

Hon. Janet Tulasi Mensah again outlined some initiatives the Assembly had embarked on in the municipality geared towards addressing the issues of Climate Change.

“In our small way as an Assembly, we have, since 2018, formed Sanitation Clubs in all the 31 public Basic Schools in the municipality with the aim of inculcating the habit of waste segregation and reduction, planting of trees and greening of their respective school compounds. The idea is also to use the children as community change agents towards safeguarding our environment”, she noted.

“The Parks and Garden Unit of the Assembly has also been well-equipped to ensure the greening and beautification of our public places and streets”, the Hon. MCE added.

The Hon. MCE thanked the donor, Nana Osei Bonsu, for the noble gesture and called on others within the municipality to emulate his example.

The Chief Executive Officer (CEO) of Dreamers Agriconsult, Nana Osei Bonsu, who donated the coconut seedlings to the Assembly, advised the youth to venture into agribusiness as it holds the clear potential to earn them a regular income and contribute to the growth of Ghana’s economy and not see agriculture as a punishment as was seemingly the case in the past in their basic schools days.

“When we were young, we go to school and when the school field is bushy and when you go contrary to the school laws, you’re given cutlass to go and weed. And, so, after school you tell a colleague, ‘bro’, let’s go and then plant something, let’s go into agriculture, he will tell you I will not do it”, he remarked.

“So, I sat down and said I want to come out with something and that what I want to do is getting the youth into agribusiness, that’s selling of fruit seedlings and farm products. Let’s say there are farmers who don’t get customers, so we serve as middlemen, get them the buyers from the farms”, he added. 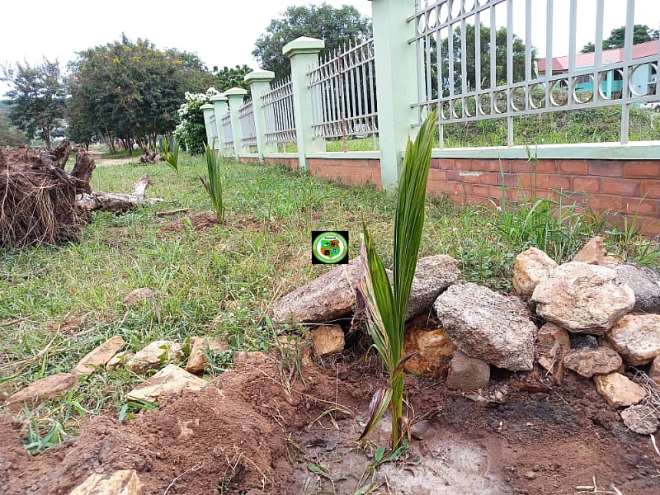 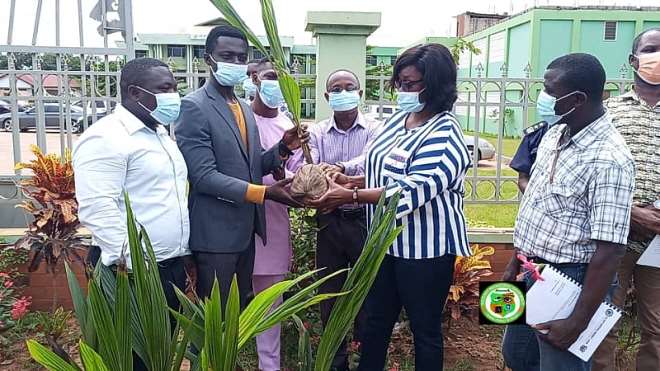