The Quran and the miracle of the Big bang theorists 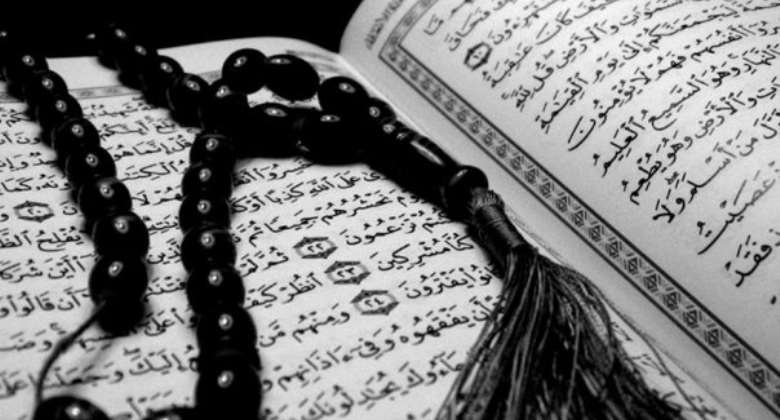 The miracle of the Qur'an is often said to be miraculous because of the Qur'an's outstanding content that traverses human comprehension. A book that was revealed some 1,400 years ago in the middle of the Arabian desert to an uneducated prophet, yet one will find in this book containing scientific facts that has stood the test of generations to this day of advanced science.

Exegesis and scholars of the scientific evidence in the holy Qur'an estimate that there could be no less than 1000 verses in the Islamic holy book containing undisputed and unambiguous scientific facts if proper checks and textual analysis of the Qur'an is done in correlation with science.

It is important to state, as it has always be the position of many Islamic scholars that the Qur'an is not a science book neither do we Muslims seek to proof its authenticity with science, however, relating scientific facts with the Qur'an gives a proper understanding that what comes from nature must agree with the laws of nature.

Qur'an make mention of some scientific subjects that has remained complex topical concepts within the scientific community in the last century. Fields such as embryology, biology, medicine, geological science among others have evolved with stunning discoveries from the Qur'an that has caused huge amazement to scientists considering the age of the Qur'an and its relevance to some of these contemporary scientific concepts theorised in the last few decades. For instance, Qur’an chapter 21 v 30 states that all living things are made from water, Qur'an chapter 21 v 33 describe the orbit of the moon among others which modern science have indeed confirmed these facts. However, one of the greatest scientific miracles of the Qur'an yet, in my view is the book's emphatic discourse on cosmology and the origin of the universe. The big bang and the aftermath phenomenon in the universe is one astonishing scientific discoveries the Qur'an states in clear terms without any ambiguity.

I must mention that I am overly deficient to provide an expert view on the universe, it's formation, history and trends. Again, I do not intend to ascribe to myself the personality of an Islamic scholar either. However, I see myself as a critical observer and someone who reflects much on the beauty and complexity of nature, hence, I have consciously educated myself so well on the planet I live on which sits in a solar system that is located in the milky way galaxy which shares the universe with some estimated 200 billion other galaxies so far discovered and still counting. ALLAHU AKBAR!!

We are told by astronauts and cosmologists that our earth can fit into the sun in about 1.3 million times and our sun is just one star out of an estimated 200 billion stars in our milky way galaxy. Intriguingly, there are some discovered stars (supper-novas and hyper-novas) far bigger than our sun hovering in the universe. Maybe I should not bore readers with much of these mind boggling creations out there in the universe but to go straight into some specifics of my intent narratives.

“Have those who disbelieved not considered that the heavens and the earth were a joined entity, and We separated them and made from water every living thing? Then will they not believe?” (Sura Al-Anbiya', Ayah 30). These are the words from the Qur'an describing how the universe was once joined together and ALLAH split it asunder. A verse that is in strict concomitant with science description of how the universe was once joined together in a hot dense ball which exploded with a loud blast giving rise to everything we see in the universe today.

What fascinates me about this ayah (verse) is the call made by ALLAH which reads " have those who disbelieve not considered". Who are the unbelievers here, people who do not believe in the message of Islam and why will ALLAH call their attention to consider how the universe was once joined together when ALLAH knew quite well that the folklore and the tales of the people at the time the Qur'an addressed the unbelievers never contained such claims about the universe nor do they had the technology and the know how at the time to observe such a complex phenomenon for themselves. So why would such a call be made to the unbelievers at such "crude" period. More so, such a claim was farfetched from the widely held stories about the origin and nature of the universe at the time. Yet, ALLAH called the attention of the unbelievers to see the phenomenon that was impossible to observe at the time.

Now we know, 1,400 years later after this Ayah (verse) was revealed, the actual unbelievers ALLAH was, perhaps, addressing in practical terms. These are scientists who would come later to discover the clove nature of the universe in a theory call the big bang. The persons who truly discovered and worked on the Big bang theory, thus, Georges Lemaître and others were truly not Muslim scientists but in most cases atheists who never believed in the existence of ALLAH, yet ALLAH made them saw the wonderful origin of the universe which couldn't have happened accidentally, ALLAHU AKBAR!!. The Big bang theory was only possible in its discovery through the use of highly sophisticated telescopes scanned through the skies in the last century or so. The expanding nature of the universe and other sterling discoveries are still evolving with the use of much better technology to comprehend the universe's complexity.

However, to confirm a great miracle of the Qur'an which many Quran commentators have not avert their minds to is the fact that the Big bang theory was truly discovered and saw by scientists who were unbelievers of the Islamic faith as the Qur'an rightly stated "have those who disbelieved not considered that the heavens and the earth were joined together and we separated them". Cosmologists and Astronauts estimates that this phenomenon called the Big bang may have happened in some 13.8 billion years ago. How could Mohammed (pbuh), have known this fact if not the originator of the universe who revealed this to him. Yet with this smoke gun evidence, people still stubbornly disbelieve in Mohammed and his message from ALLAH.

It is, therefore, unsurprising that even scientists who are not Muslims will make statements to confirm the miraculous pronouncements of the Qur'an. For instance, Dr. Yoshihide Kozai is Professor Emeritus at Tokyo University, Hongo, Tokyo, Japan, and was the Director of the National Astronomical Observatory, Mitaka, Tokyo, Japan. He said: “I am very much impressed by finding true astronomical facts in [the] Quran, and for us the modern astronomers have been studying very small pieces of the universe. We’ve concentrated our efforts for understanding of [a] very small part. Because by using telescopes, we can see only very few parts [of] the sky without thinking [about the] whole universe. So, by reading [the] Quran and by answering to the questions, I think I can find my future way for investigation of the universe" .

These kinds of statements are very apt and revealing especially, as I have always maintained that if scientists were to focus their attention on the Qur'an and do some strict textual analysis, they would have come to know or found out that there are a lot more scientific clues in the Qur'an that can lay a solid foundation for further and greater scientific explorations.