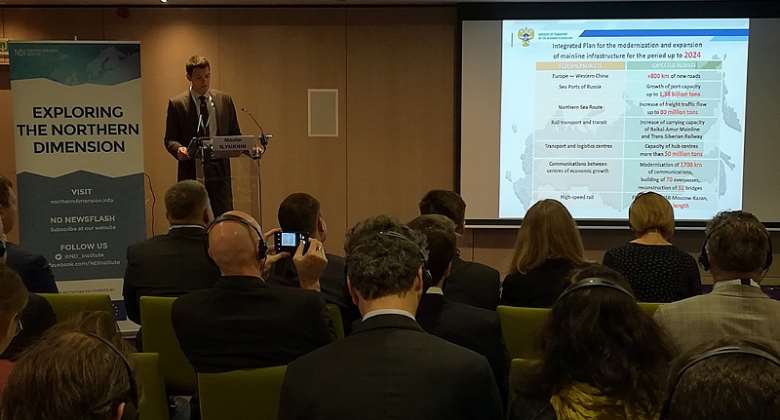 On April 8, St Petersburg hosted the 12th Northern Dimension Forum. This forum, established in 2007, is a major annual corporate business event for cooperative policy and brings business directors and potential investors from Russia and the European Union including the Baltics, and Scandinavia.

This forum was devoted to the theme: “Connectivity now. Boosting flows of people, information, energy, goods and services.” It was attended by over 400 representatives of Russian and foreign business circles, government agencies and scientific, education and non-governmental organizations.

Leading business experts of the partnerships of the Northern Dimension, the Institute and the Association of European Businesses discussed topical issues and opportunities for promoting cooperation in environmental protection, the circular economy, energy efficiency, transport and logistics, healthcare digitization and creative industries.

As expected, the forum helps to take another major step forward in discussing many strategic spheres of business between Russia and those regions. There were plenary meetings as well as sessions working groups. Despite the contradictory signals between Russia and the European Union, it was another opportunity to have some fruitful dialogue, especially in the current difficult conditions, - develop solutions on a wide range of cooperation issues in the North of Europe.

On the other hand, business institutions and the entire system of economic relations are still evolving for these years, indicating that there is no alternative to reasonable cooperation. It is however necessary to find common business language in the fields and other spheres of crucial importance for international cooperation.

Russian Foreign Ministry report point out a diversified and multifaceted nature of regional cooperation in Northern Europe. It said the important components include the programs of cross-border and interregional cooperation between Russia and EU countries (Poland, Lithuania, Latvia, Estonia, Finland and Sweden), plus Norway.

There are programs underway within the framework of the current budget cycle that involves over 500 Russian project partners, and new programs are being prepared for the next seven-year period.

They reaffirmed their willingness to broaden versatile and mutually beneficial cooperation for the sustainable development of Europe. It emerged from a number of reports during the forum that trade and economic relations are now remarkably expanding between the European Union and Russia.

Over the years, the business growth has been driven by the efforts of the business community. This has also to do with the quality of economic exchanges and investment, businesses’ interest in expanding to new markets, and their confidence that these markets provide drivers for economic growth. Admittedly, trade decreased for various reasons since 2013, it then reached US$417 billion, but later shrank to a mere US$200 billion.