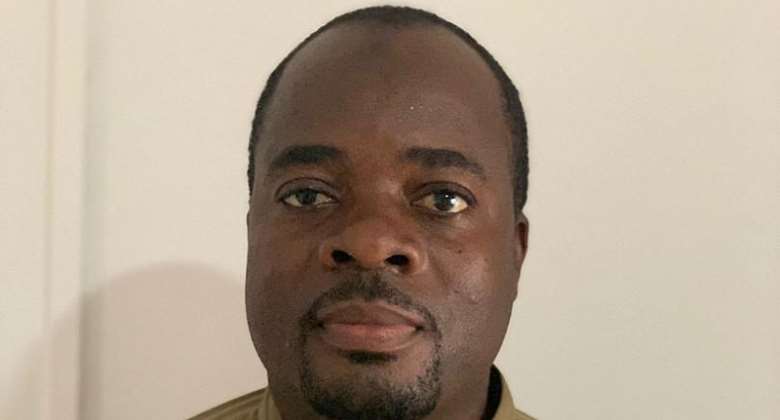 Samed Akalilu who is the uncle and spokesperson for the family of slain 11-year-old Ishmael Mensah Abdallah has said Kasoa has gained notoriety for criminal activities.

The area has become a den for criminals, a situation that has traumatised residents for long.

"Today, there is robbery hear, tomorrow there is another there and you hear killings, very disturbing and doesn't augur well for the community."

Reports has it that two teenage suspects Felix Nyarko, 16, and Nicholas Kiki, 18 are reported to have allegedly killed an 11-year-old boy at Coca Cola, near Lamptey, a suburb of Kasoa in the Central Region.

The crime occurred on Saturday April 3, 2021 where the two suspects now in police grips had initially planned to kidnap him to demand a ransom of GH¢5,000, according to the prosecutor.

Speaking to D.C. Kwame Kwakye on GBC Radio Central's popular sociopolitical weekend show "Centre Stage" on Saturday 10th April, 2021, the family spokesperson said on that fateful day at about 10:30am they had lost a nephew after the deceased, mother and father had finished taking breakfast together.

He added that, after the meal, a young boy plus two other boys who are all living within the neighbourhood as friends came to call the 11-year-old Ishmael Mensah Abdallah out to go and play football. "These are boys who have been playing together almost every weekend when they are not in school."

Continuing his narration he said, the younger boy who came to call his nephew is someone who normally visits their house and sometimes eat with them. "So nobody prevented my nephew from going because it was the usual way of going to play football together anytime they were not in school or not busy".

According to him, they were taken aback when they heard crying and wailing towards their house. They were then informed that these boys who had sent a younger one to come and call his nephew had murdered him.

"The family got to the scene and realised that, when they killed him, they buried him in a mini grave in an uncompleted building".

When asked whether the murderers also live within the same vicinity of the deceased, Mr. Akalilu answered in the affirmative.

He noted that, one of the boys leave about 30 metres from where the deceased lived and the other boys don't live too far from their home.

"We don't want to be cited for contempt or prejudice the court proposes and we believe that as for the material facts of the matter, the family have taken a decision not to delve into it, but leave that for the Ghana Police Service which is a competent body to carry out with those aspects of the case," he stated.

When put to him that as neighbours, didn't they suspect those miscreants could behave the way they did or had they ever not shown such tendencies before, he stressed, "If we did, I'm not too sure my sister would have allowed my late nephew to have been playing with them, let alone these boys being given food by my sister several times".

Akalilu continued that, Kasoa has always been on the media for the bad if not robbery, it's killing.

"So, it is a cause of worry and I think that, it further amplifies the fact that, duty bearers within the area and for that matter within the country would have to work assiduously and meticulously to change the narrative".

According to him, Kasoa doesn't look safe due to lawlessness. "With the unfortunate demise of my nephew, a lot of media attention has been given to Kasoa. I know duty bearers are listening and Kasoa may just see a positive turn around."

Mr Samed Alkalilu took the opportunity to thank the Central Regional Minister, the Regional Police Commander and the Police Service in general, especially the Guidance and Counselling Unit, the media, friends and sympathisers who have shown them enormous support.