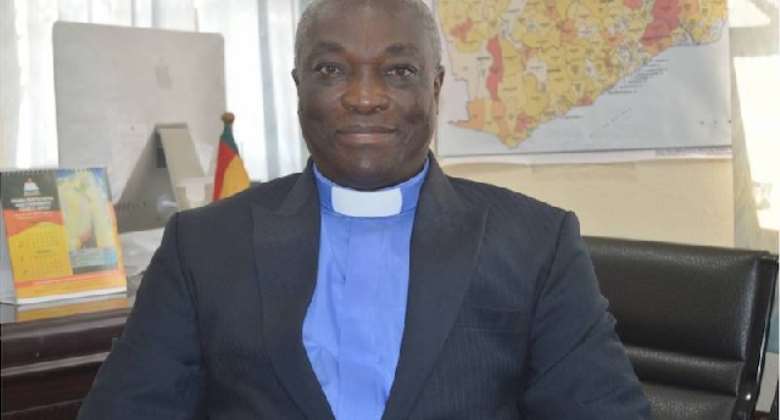 The Ghana Pentecostal and Charismatic Council (GPCC), in a statement issued on behalf of the National Executive Council by General Secretary Rev. Emmanuel Teimah Barrigah, has said it learnt with “great shock, the gruesome murder” of a ten-year-old boy by two teenagers for ritual purposes at Kasoa.

“We extend our heartfelt condolences to the bereaved family and call on the Ghana Police [Service] to expedite action on investigations in order to bring the culprits to book”.

The Council noted “with concern the confession of the culprits that they were enticed by an advert by a fetish priest on a TV station inviting viewers to bring human body parts for purposes of doubling money” and called on the Ghana Police Service “to search for and arrest the fetish priest for prosecution”.

The Council also appealed to “media houses not to make profit their sole aim but also consider the moral and cultural health of the nation in accepting adverts for their outfits”.

Additionally, the Council urged the National Communications Authority, the National Film Authority and other relevant state institutions “to review the current law on censorship of contents that can be broadcast on media platforms in order to tie any loose ends that permit media houses to broadcast any and every kind of content to any category of audience at any time”.

Lastly, the Council appealed “to parents to take up their parental responsibilities in advising their children to stay away from deviant behaviour that border on criminality and also admonish our youth to know that the only way to lasting and unattached wealth is hard work”.

Meanwhile, Central Regional Minister Justina Marigold Assan has promised that justice is assured for the family who lost their little boy to the ritual murder,

She also said the family will receive the body of the deceased today, Thursday, 8 April 2021, for burial in accordance with Islamic tenets.

“By tomorrow, the family will receive Ishmael’s body, so we can do the needful. Regional Police Commander will come on Friday to assist with the necessary arrangements as well.”

In a related development, a traditional priestess linked to the murder has been arrested by the police.

She was arrested at Amanase near Suhum in the Eastern Region.

Her details are yet to be made public by the police.

The two teen suspects who have been arrested by the police for killing the little boy confessed to being inspired to commit the crime after watching a spiritualist on TV talk about how people could be millionaires through such means, the fact sheet of the case has revealed.

The suspects, Felix Nyarko, 15, and Nicholas Kini, 17, allegedly conspired to kill the Class Four pupil of the Maranatha School, Ishmael Mensah, at about 10 a.m. on Holy Saturday.

According to the facts of the case as presented by the prosecutor, Inspector Japhet Agyeman, Nyarko got the idea from watching the TV spiritualist and sold the plan to his accomplice Kini, who said he knew a different spiritualist in the Volta Region who could help them.

The spiritualist they contacted asked them for a human sacrifice and a sum of GHS5,000.

“For some time now, the 1st accused [Felix Nyarko] has been watching Ghana Television channels that entertain mallams and other spiritualists to promote their prowess in making people instant millionaires.

“He informed the 2nd accused [Nicholas Kini] who advised that there is a certain spiritualist in Volta Region who can do it for them.

The “2nd accused, who is not having a phone, provided the phone number of the said spiritualist to the 1st accused, who has access to his mother’s phone.

“After contacting the said spiritualist, she agreed to help if only they can provide a human being and cash sum of GHS5,000 for the rituals,” portions of the police fact sheets revealed.

According to the fact sheet, the teen suspects first planned kidnapping the now-deceased boy for a GHS5,000 ransom from his parents so they could present the money to the spiritualist but aborted that plot.