Cool it on Ewe/Voltarian comments 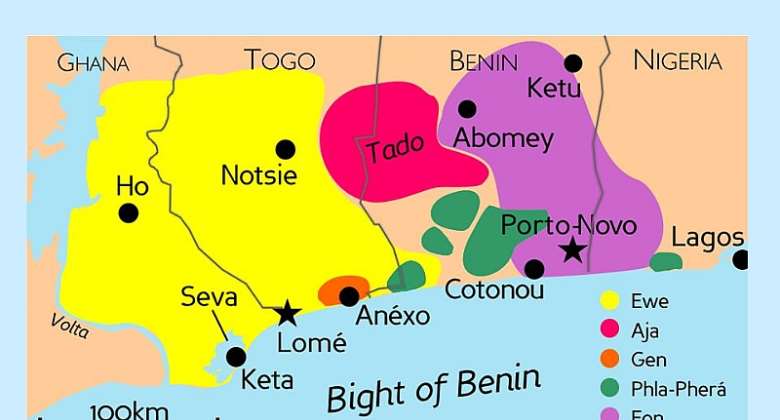 It's unfortunate that a short sentence given in a handwriting exercise book including a word ("Efo" = Mr/Sir/Hon/father) of the Ewes of the Volta Region should evoke this much anger among the "Voltarians"! Is that to mean shying away from the Ghanaian traditional religion (ancestral, voodoo/juju, Fetish worship)? Or haven't we admitted similar perceptions/preponderance of our Kwahu, Fante, Northern etc ethnic groups since long?

Are those interested in this traditional worship/intervention still not directed to the Volta Region, Togo, Benin Republics, Nzema, or the Northern regions? Or is there no correlation between traditional religion and the Afrikania Mission once headed by Osofo Komfo (O-K) Kofi Ameve and succeeded by O-K Atsu Kove?

My insight into the traditional religion and Trokosi practiced only in the Volta Region (from my interview with O-K Kofi Ameve in 1997 for and on behalf of Nokwa Foundation/Living Education Aid) convinced me that much.

As individuals, we all have been given nicknames one time or the other whether we like it or not, but the best defense has been to ignore rather than fight them, since the anger is what the mockers want to see for motivation. Otherwise, they will have their way of provoking at your blind side such that you cannot see the offender and still succeed in provoking you.

Any form of racial/ethnic discrimination in Ghana or anywhere need should not be encouraged, but so also should making a mountain out of a molehill with innocuous and sometimes jovial comments be supported.

In Ghana's integration process tolerance of comments about ourselves are not only expected but will also help the healing of the past. And if the past is what is being promoted for the present, then let's not be too intolerant on such ethnic issues.

In our national integration and development process, our local cultures will come to the fore for others to know for the first time. Some cultures will impact people differently, but that is very normal; more so when "one person's meat is another's poison". Now if out of fear of offending we cannot give true examples with ourselves as Ghanaians then we may have to use neutral people as the Europeans instead and then make the sense appear absurd?

Note that the mention of a person's name, food, place, etc can easily tell where they are coming from but we are so integrated now that any Ghanaian and any cultural thing can be found and used anywhere else. Akpeteshie, Akple, Fuugu, Aprapransa are a few examples.

As the Akan proverb says, counsel the stinking fish also as you counsel the cat. So both publishers and ethnic groups, all forms of varied situations should let down their guard to make the One Ghana integration for our national developmental easy for all Ghanaians.