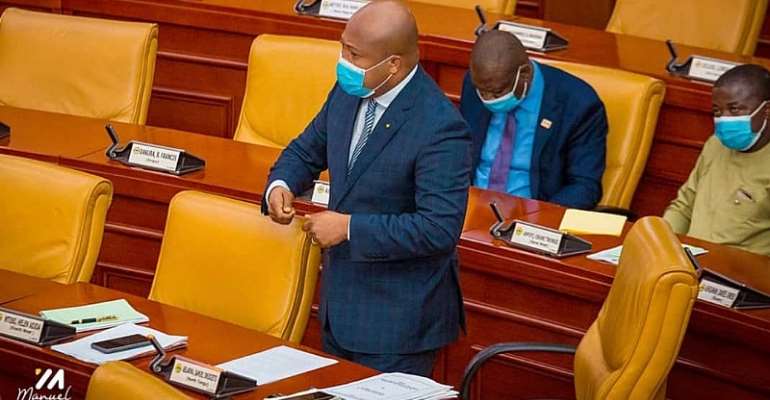 According to him, that will be in the supreme welfare of the students.

Mr. Ablakwa made this call on Thursday, March 25, 2021, when he made a statement in Parliament on the controversial issue.

He maintained that accepting the students at their current ages “cannot be inimical in any educational system”.

“As I have noted earlier, we need to rethink our concept of discipline in our schools. Getting pupils and students to appreciate diversity and the beauty of different backgrounds, beliefs and creeds do not undermine discipline by any stretch of the imagination. Tolerance and accepting unique identities at that age cannot be inimical in any educational system. It is rather an awesome positive quality to imbibe in our children. In any case, don't our children see the people we are refusing to admit all around them in real life and in their reading materials?”

“We must quickly fix this mess and get away from the distraction. The two students and all minority students facing blatant discrimination must be admitted immediately in the interest of their supreme welfare as the Children's Act, Act 560 demands.”

According to him, that will set a bad precedent for the country.

“My problem is that if we don't take care and try to bend the rules, a time will come that we may not be able to meet the demands of the people that will come because we want to meet everybody that comes halfway and try to give everybody access to education because they have certain religious beliefs and this is the way they want to behave or dress, and we have to allow them to be in the system, I don't think that is a good thing to start with at all”.