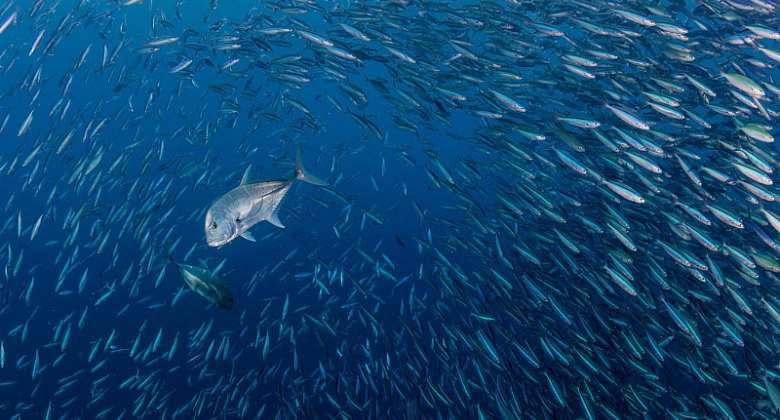 Smarter protection of the world's oceans – important carbon sinks that are being turned into "carbon sources" – could triple environmental returns, say scientists who have come up with a blueprint for nations.

With existing conservation efforts largely focused on land, a global team of researchers explains why protecting key parts of the ocean will bolster efforts to fight the dual climate and biodiversity crises.

“We've pioneered a new way to identify the places that – if strongly protected – will boost food production and safeguard marine life, all while reducing carbon emissions,” explains the study's lead author, Enric Sala.

At least 30 percent of global waters need to be off-limits to fishing and mining by 2030 if we are to see the benefits. To date, only 7 percent of the ocean has any form of protection.

Published Wednesday in the journal Nature, the work is said to lay the foundation for the next era of ocean conservation at a time when countries will be meeting to agree biodiversity, climate, food and agriculture policies for the next decade.

United Nations chief Antonio Guterres has described 2021 as a critical year to “reset our relationship with nature”.

If countries worked to prioritise global rather than national interests, the same biodiversity benefits could be achieved by protecting less than half as much ocean area, the study says.

The protection of critically endangered marine species would leap from from 1.1 percent to 87 percent.

While priority locations for ocean protection were distributed all over the world, the vast majority fell within the exclusive economic zones of coastal nations.

“A very small change in the distribution of marine protected areas can have a huge and impact positive impact on biodiversity,” says Arnaud Auber, a marine ecologist at the French Research Institute for the Exploitation of the Sea, or Ifremer.

Auber's role in the project was to examine individual species of seabirds, marine mammals and fish in order to determine their unique contribution to their environment.

“Species that are very rare are also very important for the functioning of the ecosystem,” he told RFI.

Perhaps most alarmingly, the study warned that bottom-trawler fishing – which involves dragging heavy nets across the ocean floor – is disrupting carbon stocks, turning the seabed into a source of emissions.

“Millennia-old” carbon released from bottom trawling was found to match the emission levels of the global aviation industry.

“The ocean floor is the world's largest carbon storehouse. If we're to succeed in stopping global warming, we must leave the carbon-rich seabed undisturbed,” says study co-author Trisha Atwood, of Utah State University.

Stopping such carbon disturbances would mean protecting about 4 percent of the ocean – mostly in national waters.

Europe's Atlantic coast was identified as a priority area where carbon stocks and threats posed by human activity are highest.

“Our findings about the climate impacts of bottom trawling will make the activities on the ocean's seabed hard to ignore in climate plans going forward,” Atwood says.

Important talks on the future of biodiversity, climate, food and agriculture will take place this year as several major global events – delayed because of the pandemic – are finally held.