The birth of The Lumi – an introduction 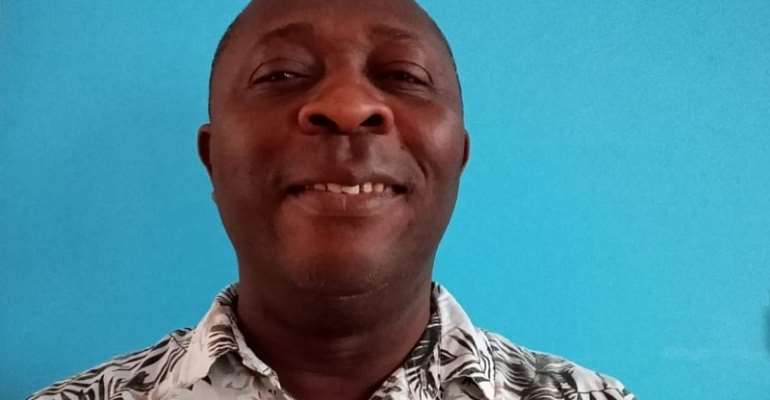 The beautiful island nation of Xaymaca – present-day Jamaica – is famous for producing pioneering and notable world figures who have initiated and contributed immensely to many fields of human endeavour.

We can easily recall the iconic pan-Africanist leader, Honorable Marcus Mosiah Garvey; the legendary Queen Nanny of the Maroons; the celebrated reggae singers Bob Marley and Peter Tosh, as well as the world champion athletes Merlene Ottey and Usain Bolt, just to name a few.

It may not come as a surprise therefore that now a small village in western Jamaica is poised to introduce to the world its most daring initiative in the form of a digital currency called THE LUMI – issued by the Central Solar Reserve Bank of Accompong, located in the sovereign Maroon dominions in the island of Jamaica.

The forward-thinking that went into the creation of The Lumi was prompted by the alarming threat of climate change, the rising and crippling foreign debts of African countries, and the humiliating poverty level on the African continent amid abundant natural resources.

In her capacity then as the African Union permanent representative to the United States of America, Her Excellency Ambassador Arikana Chihombori-Quao made a special visit to the Maroon territories of Accompong in 2018 and thereby recognized and designated them as the headquarters of the African Union’s Diaspora 6th Region – representing more than 240 million descendants of African people outside the continent of Africa.

His Excellency Chief Timothy E. McPherson, Chairman and Crown Vizier of the Economic Community of the 6th Region, and Accompong’s Minister of Finance and Founding Central Bank Governor, is the driving force behind the creation and introduction of The Lumi.

What is The Lumi?

It is a new digital and physical (official) currency of the town of Accompong in the Sovereign Territory of the Maroons on the Island of Jamaica, and it is issued by the Central Bank of Accompong.

Why is the currency called “Lumi”?

The name LUMI is from the word LUMINOUS, symbolizing the Sun (Ra). The currency is backed by solar energy and other renewable energy. Solar energy is the best source of energy for Africa’s economic development and the protection of the environment.

Is The Lumi a physical currency?

Yes, this is a physical currency as well as a central bank digital currency (CBDC).

What Is a digital currency?

How do I transact with this digital currency?

You will be required to sign up for a digital wallet to receive and send your digital money.

Is The Lumi a crypto-currency and what is backing it?

This is not a cryptocurrency. The LUMI is underwritten by 100KWh of solar energy and convertible to 4 grains of gold, which in weight, is equivalent to 0.2592 grams. The current value of The LUMI is: 1 LUMI equals US$15.96.

What is the advantage/difference of The Lumi over existing currencies?

The unique strength and attraction of the LUMI is its classic approach to monetary instruments, which stipulates that all currencies should meet the general criteria of ‘money’ as it is described by its most conventional function and definition:

The existing old currencies are called fiat currencies, which do not satisfy the second criterion and consequently have become the cause of global economic turmoil. Whether it is circulated by physical notes or digital notes, fiat currencies have become fundamentally worthless as monetary instruments, going forward.

Who is the target and primary beneficiary of The LUMI?

The LUMI will facilitate a new era of economic growth and development cooperation between Continental Africa and the 6th Region. As the global African family enters the 4th industrial digital revolution (the RESET), the LUMI will be used to finance sustainable African industrialization and ensure that African resources are used to advance the economic interests of Africans on the continent and in the 6th Region.

Where can I use the LUMI?

The Lumi was launched officially recently and there is now a major drive to roll out the currency in Africa and her vast diaspora, and digitally. Promotional campaigns are already underway throughout Africa and the diaspora. African businesses and merchants globally are encouraged to accept the LUMI in exchange for goods and services, and thereby facilit8ate the creation of our worldwide economy and economic sovereignty at the dawn of the 4th industrial digital revolution – the great RESET.

The LUMI originated from Accompong, Jamaica. The Prime Minister of the African Kingdoms Federation(AKF), Timothy E. Mcpherson, was instrumental in its inception. The framework for the LUMI was established within the Bank Act of Accompong in 2014, and in September of 2020 the LUMI was designated as the official currency of the Economic Community of the African Diaspora Sixth Region (ECO-6),

This established it as the first African regional currency to be issued. The Economic Community of West African States (ECOWAS) was expected to issue its regional currency, the ECO, at the end of 2020 but it has been delayed by the outbreak of the global coronavirus pandemic.

Stay tuned for more information on The LUMI and on the 6 Trillion Dollar Stimulus package for the African Diaspora, Africa itself, and the Kingdoms on the continent.

Collaborate with NIA to end compilation of new voters’ regis...
30 minutes ago