Horn of Africa Endangered by Untrue Media Attacks on Ethiopia 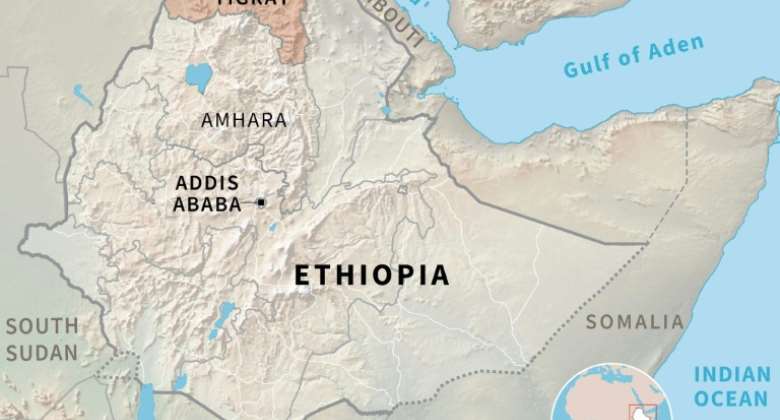 In January 2021, the world witnessed a barrage of attacks on Ethiopia aimed at undermining the efforts of Prime Minister Dr. Abiy Ahmed to preserve the sovereignty of the Ethiopian nation. This is a dangerous gambit not only for the potential harm it can trigger for the people of Ethiopia, but also for the security of the Horn of Africa. It is well known that Prime Minister Abiy launched the Prosperity Party (PP) in 2019 to create a non-ethnic centered political party to overcome the rise of ethno-nationalism. Unfortunately, ethnicity is embedded in Ethiopia’s 1995 Constitution. The PP challenged the decades long control over Ethiopia’s political institutions by the Tigrayan People’s Liberation Front (TPLF), who then lashed out against the government in Addis Ababa.

Ethiopia has provided stability in an oftentimes volatile region, as well as economic leadership in East Africa. Neighboring Somalia, where Ethiopia forces have combatted Al Shabaab for many years, is in a precarious state following the removal of U.S. AFRICOM troops to its unsettled and contentious presidential election. Somalia has also severed diplomatic relations with Kenya.

Additionally, unresolved, and sometimes quarrelsome talks between Sudan, Egypt and Ethiopia pertaining to the fill rate of Nile waters for the Grand Ethiopian Renaissance Dam (GERD) are still ongoing.

The Tigrayan People’s Liberation Front committed sedition when they attacked the military base of the Ethiopian National Defense Force (NDF) stationed in Mekele, in the early hours of November 4, 2020. They killed NDF soldiers in their sleep and stole munitions for their militia. Prime Minister Abiy had no alternative but to launch a full scale military response to subdue the insurrection conducted by the leadership of the TPLF.

No one can argue that war is not horrible and deadly, and that it causes severe collateral damage. People are displaced, economy is disrupted, and civilians suffer. No death of a single human being is insignificant because the human race is endowed by the Creator with noble creativity. However, to preserve the nation-state for more than one hundred million Ethiopians living today and for hundreds of millions more in the future, war, when absolutely necessary, must be waged. (Read: Ethiopia’s Conflict: A War Won to Preserve the Nation-State )

I am reminded of the famous Gettysburg Battlefield in Pennsylvania, and the enormous number of American deaths that occurred during the U.S. Civil War. An estimated 700,000 Americans died during this four yearlong brutal war, of which 50,000 were civilians. President Abraham Lincoln was unyielding in his commitment to save the Union, no matter the cost of human life. Lincoln possessed the inner directedness to maintain the Union as an indivisible whole, against the separatist rebels. Had he not, the U.S. would have been destroyed by slavery, and a slave economy; the world today would be entirely different-and for the worse.

Western media, led by the British, have use inflammatory stories to encourage the withholding of humanitarian aid from Ethiopia, at precisely the moment when it is needed most.

The Washington Post in its January 27th editorial demands that the US and European Union “should withhold further aid until …government agrees to pursue peace talks,” after accusing Prime Minister Abiy of having “all the earmarks of Ethiopia’s previous dictators.”

More egregiously, is the headline in the January 23rd issue of the London Economist: After two months of war, Tigray faces starvation. In a blatant assault on Ethiopia and Prime Minister Abiy, the Economist accuses the government of “war crimes” and quotes an unnamed western diplomat who says, “we could have a million dead there in a couple of months.”

Barely a week after the start of the war, with the TPLF insurrectionists still in control of Tigray, CNN printed an inflammatory headline: Mass Killings of civilians in Tigray region, says Amnesty International. CNN writing on the cruel massacre of 600 Ethiopians on the evening of November 9, in the town of Mai-Kadra, south-west Tigray, blatantly failed to report; that it was forces loyal to the TPLF, not the Ethiopian NDF, who committed this atrocity.

The most often repeated allegation against the Ethiopian government, first reported by the Associated Press (AP) is; that there are 4.5 million Tigrayans in need of immediate lifesaving aid. Under the headline, ‘Extreme urgent need’: Starvation haunts Ethiopia’s Tigray, AP reports on January 17, “More than 4.5 million people, nearly the region’s entire population, need emergency food” according to an unnamed source. The article continues, “a [unnamed]Tigray administrator warned that without aid, ‘hundreds of thousands might starve to death’ and some already had, according to minutes obtained by The Associated Press.” Following the AP story, news outlets all over the world including on YouTube videos, recited the same narrative; 4.5 million Tigrayans were starving.

There is a second article in issue of the London Economist sighted above, in a section labelled Famine Crimes, with the headline, Ethiopia’s government appears to be wielding hunger as a weapon, with a subhead, A rebel region is being starved into submission. In this article, the Economist equates Prime Minister Abiy with former Ethiopian Marxist dictator, Mengistu Haile Mariam, whose policies contributed to the death of one million Ethiopians during the drought from 1984-1985. They write:

“Things were supposed to be different under Abiy Ahmed, the Ethiopian prime minister who was hailed as a reformer when he took charge in 2018, and who won the Nobel peace prize the following year. Yet once again it looks as if hunger is being used as a weapon in Africa’s second-most-populous nation.”

The London based Guardian on January 24, printed an opinion column by Simon Tisdal, entitled, Ethiopia’s leader must answer for the high cost of hidden war in Tigray. He wrote:

“After humanitarian workers finally gained limited access this month, it was estimated that 4.5 million of Tigray’s 6 million people need emergency food aid. Hundreds of thousands are said to face starvation.”

These exaggerated hysterical claims are designed to inflame public opinion against the government of Ethiopia.

Representatives of the Ethiopian government report, that due to poor infrastructure and underdeveloped land there were 1.8 million Tigrayans in need of aid prior to the military outbreak. TPLF controlled Tigray during this period. As a result of this TPLF instigated conflict, an additional 700,000 are in need, for a total of 2.5 million. While this is an extremely large number of Ethiopians who require assistance, which should not be ignored, it is much less than 4.5 million.

Information provided by the United Nations Office for the Coordination of Humanitarian Affairs (OCHA), which coordinates global emergency response, is closer to the figures offered by the Ethiopian government. OCHA’s January 26, Tigray Region Humanitarian Update reports 950,000 people in need of aid prior to November 4, and projects 1.3 million more Tigrayans will need assistance resulting from the conflict, for a total of almost 2.3 million. In the same update, OCHA reports: “Movements of humanitarian cargo inside Tigray is improving substantially. Last week, four of the submitted cargo requests have been cleared to be dispatched.”

Clearly, living conditions on the ground for millions of Tigrayans is deplorable. Food, non-food, medical and related assistance is urgently needed to prevent further loss of life. However, there is no evidence of mass starvation, and no evidence that Prime Minister Abiy is using food as a weapon against the Tigrayan people. 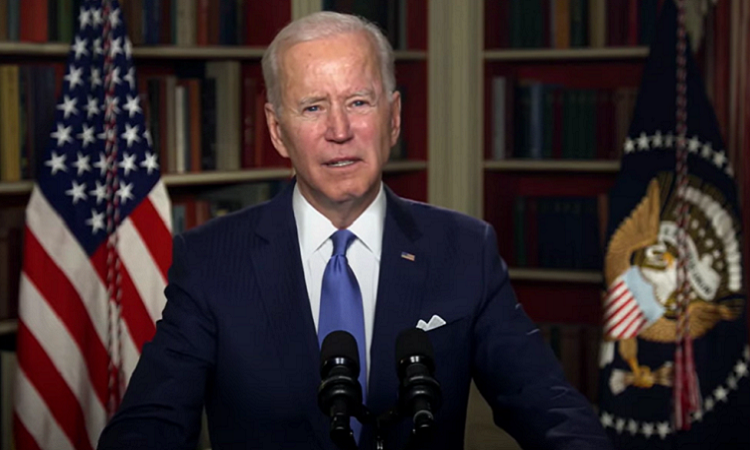 What the U.S. Should Do

President Biden has an opportunity to create a new U.S.-Africa policy, and contribute to the well-being of Ethiopia, and the Horn of Africa.

The Biden administration should support the sovereign obligation of the Ethiopian government to deploy its military in defense of the nation following the attack by the TPLF on the Ethiopia’s NDF in Mekele. This should extend to denouncing unfounded inciting accusations that the government is using food as a weapon against the Tigrayan people.

The U.S. should immediately utilize its unique military-logistical capability to deliver assistance to the Tigray region. This should include all Ethiopians and refugees who are suffering as a result of the TPLF’s reckless treasonous actions.

President Biden should immediately reverse Donald Trump’s awful decision to withhold $130 million in aid to Ethiopia. The failure to restore this aid at this critical juncture could result in increased suffering.

Contrary to Trump’s interference in the tripartite talks between Sudan, Egypt and Ethiopia, the U.S. should allow African nations in partnership with the African Union to resolve the remaining concerns regarding the operation of the GERD.

Most importantly, recognizing that the Tigray region, like other sections of Ethiopia are in need of vital categories of infrastructure, the U.S. should invest in the construction of roads, railroads, energy generation, and water management. A nation that provides it citizens with the physical goods and services essential for a rising standard of living is best equipped to mitigate ethnic tensions that often arise from economic marginalization. Let this crisis in Tigray become an opportunity to usher in a new paradigm of U.S.-Africa strategy by President Biden, who should be guided by the wise words of Pope Paul VI: development is the new name for peace.