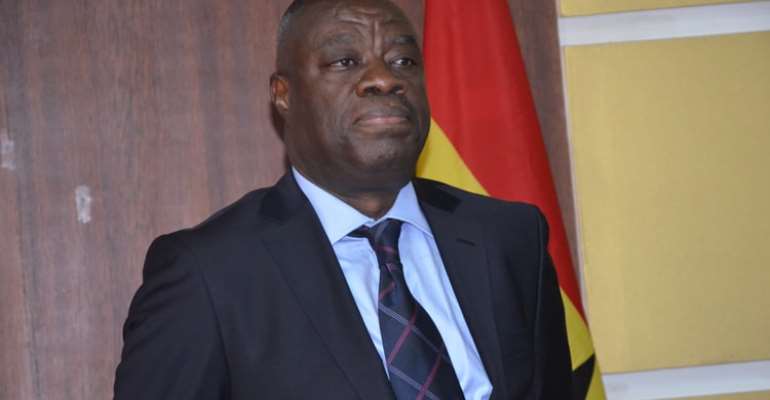 Ibrahim Mohammed Awal, the former Minister for Business Development, is on the list of the forty-six (46) Ministers-designate President Akufo-Addo has presented to Parliament for vetting and approval.

He has been appointed to take charge of the Ministry of Tourism, Arts and Culture, which hitherto was handled by Barbara Oteng Gyasi, with Dr. Ziblim Iddi as her Deputy.

Awal Mohammed once served as CEO of Graphic Communications Group and Chase Petroleum.

He attended Yendi Senior High School in the Northern Region of Ghana before proceeding to the Ghana Institute of Journalism in Accra.

He obtained a Masters in International Journalism from the University of Wales, United Kingdom. As of January 2017, he was pursuing a Doctor of Philosophy in Business Administration at the Swiss Business School.

He resigned from Graphic Communications Group in 2010 to take up the position of Managing Director of Chase Petroleum — a downstream oil marketing company.

In 2009, he was awarded the Marketing Man of the year for his contribution towards marketing in Ghana by the Charted Institute of Marketing Ghana. At the time of his appointment, Mohammed Awal was the CEO of Marble Communication Group Limited, a private publishing house in Ghana.

On 12 January 2017, Mohammed Awal was nominated by President Akufo-Addo for the position of Minister for Business Development. The ministry was a new ministry and is to formulate policies and facilitate the work of Ghana’s private sector.

Mohammed Awal is Muslim and is married with four children.

Prior to the announcement, most people in the tourism, arts and culture space had suggested that people with know-how in the sector be made ministers.

Some had argued that at least, the Deputy Minister should be a creative arts-inclined person.

According to them, having ministers who understand the tourism and creative industries will help a great deal in realising their objectives.

Manual on COVID-19 vaccination being developed for public se...
50 minutes ago