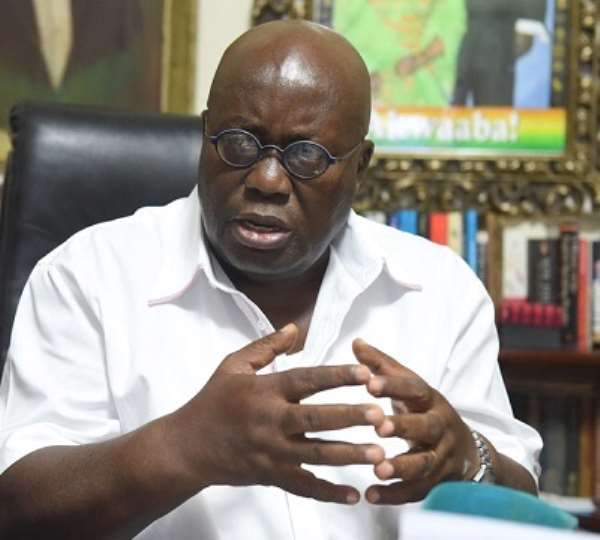 President Akufo-Addo has made 13 appointments to the Presidency in his second term.

This was contained in a statement signed by acting Director of Communications Eugene Arhin.

Madam Akosua Frema-Opare who served as Chief of Staff in the first term has been retained whiles Dr Isaac Owusu-Mensah comes in for Victor Nueman as Director of Research.

New entrants Emmanuel Adumua-Bossman and Aliu Fawaz replaces Abu Jinapor and Asenso Boakye as deputy chiefs of staff who are now Members of the 8th Parliament for Bantama and Damongo respectively.

However, Director of Operations Lord Comey, Director of Communications Eugene Arhin, Personal Assistant to the President Saratu Atta have been reappointed in the second term of President Akufo-Addo.

According to the statement, “the appointees are to undertake their duties in acting capacities, subject to consultation with the yet-to-be constituted Council of State.” 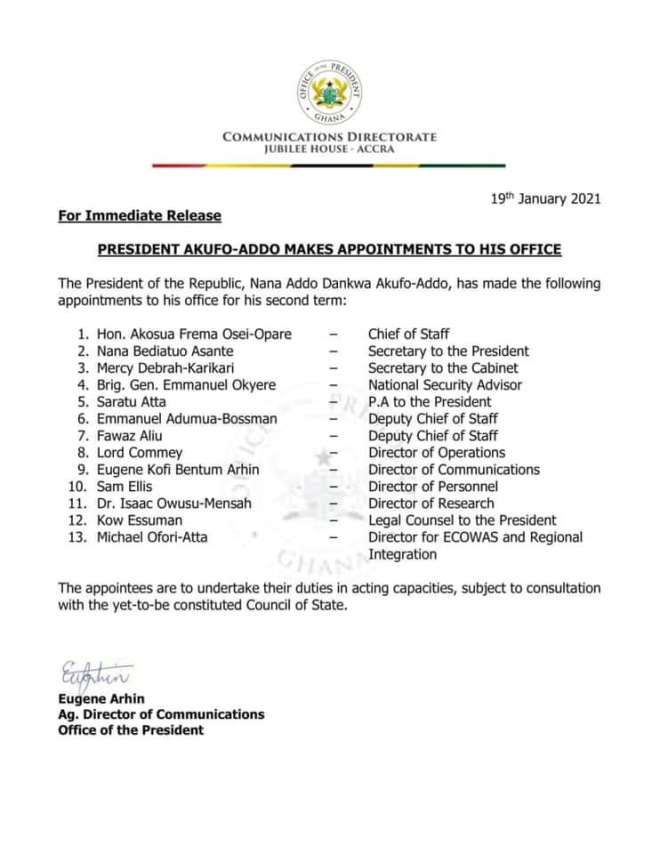