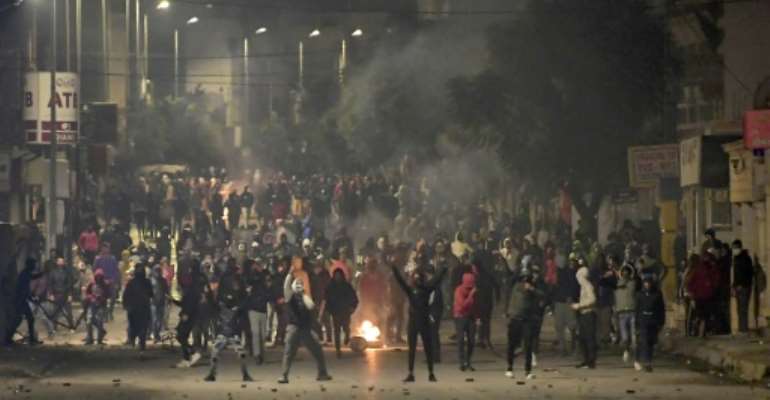 Protesters in Tunisia clashed with police in the Ettadhamen suburb of Tunis on Tuesday night. By FETHI BELAID (AFP)

Tunisia braced for further protests Tuesday after hundreds were arrested in four nights of streets clashes between riot police and disaffected youths in cities across the North African country.

"Do not attack or insult anyone and do not damage private property or state institutions", he said Monday, warning that "chaos" does not allow progress.

Rioting broke out Friday evening, and more than 600 people had been arrested by Monday over the disturbances in which young people have hurled rocks and Molotov cocktails at police who have fired teargas at them.

Much of the unrest has hit working class neighbourhoods, where anger is boiling over soaring unemployment and a political class accused of having failed to deliver good governance a decade on from the 2011 revolution.

The tourism-reliant economy shrank by nine percent last year, consumer prices have spiralled and one third of young people are unemployed. 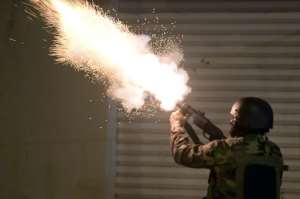 Large gatherings are banned due to the coronavirus pandemic and police have been deployed, with an overnight curfew extended from 8:00 pm to 4:00 pm.

'Denial of the anger'

Tunisia's divided political leadership has stayed largely silent on the protests by youths dismissed by many commentators as "delinquents".

Messages posted online Tuesday called for protests to keep going, and activists warned that demonstrations were likely to continue until major action was taken to address the root cause of anger. 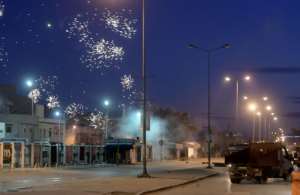 Protests broke out on Friday night; this photograph taken on January 17 shows demonstrations in suburbs surrounding the capital Tunis. By FETHI BELAID (AFP)

"There is a denial and an underestimation of the anger among young people," said Olfa Lamloum, who heads the International Alert peace-building campaign group.

Tunisia's 11 successive governments since the ouster of Ben Ali "have not had a strategy to answer the central question of employment," she argued.

Lamloum, who works in some of the most deprived areas of the country, warned that "as long as there is a purely security response, with mass arrests, and no social or political response, tensions will remain high".

The social unrest comes at a time of economic crisis, worsened by the impact of the Covid-19 pandemic, that has deepened poverty.

Widespread popular discontent is now driving many to leave.

Tunisians made up the largest number of irregular migrants, more than 12,000, who arrived in Italy last year on boats crossing the Mediterranean. 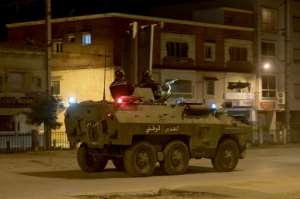 Security forces have deployed to stem the protests; here members of the National Guard patrol Ettadhamen on January 17. By FETHI BELAID (AFP)

In the latest unrest, hundreds of youths in the capital Tunis battled police in several districts, including the vast Ettadhamen suburb.

The powerful Tunisian trade union confederation UGTT has called for an end to the violence, while noting that the constitution guarantees the right to demonstrate.

Election Petition: I disagree with process of trial and ruli...
57 minutes ago