Why there won't be any mass uprisings after the 2021 elections 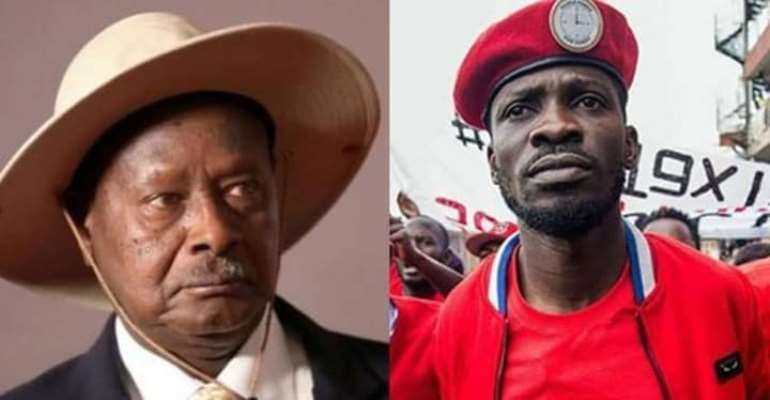 Uganda elections are finished and the story being played out most dramatically is that Kyagulanyi Sentamu aka Bobi Wine, will be able to do something extraordinary to remove Museveni from power after election rigging, something that FDC's Kiiza Besigye arguably failed to do. Kyagulanyi, himself, vowed to fix the country’s desperate voting system whether Museveni rigs or not.

Before polling day, he came up with an app, U-vote, which was supposed to help record and share results from various polling stations to all Ugandans. Unfortunately, people never got a chance to use the app as the internet was cut off in almost the whole country two days to the polls. Most importantly, most Ugandans failed to download the app—those who got lucky and downloaded it, most probably, didn’t know how to use it.

I’m now totally convinced that Kyagulanyi’s promise of mass risings after elections won’t happen. With him being under some house arrest, as Besigye was after the 2016 elections, people will eventually come to accept the situation as it is and move on—Ugandans don’t hang on issues or personalities for so long.

Secondly, Museveni’s idea of cracking down on rioters or protests stems from the ‘broken window theory, which was conceived by the criminologists James Wilson and George Kelling. The broken window theory argues that minor nuisances if left unchecked, turn into major nuisances: that is, if someone breaks a window and sees it isn’t fixed immediately, he gets the signal that it’s all right to break the rest of the windows and maybe set the building afire too. I believe that many of Museveni’s views and actions are thought through in the hot light of day. He is immensely calculating despite the old age.

So, when riots broke out in November last year after the arrest of Kyagulanyi, Security forces heavy handily dealt with them—they shot whatever was moving and shootable. Most of the youths witnessed what happened, where over 50 people were killed by security forces, and nothing really changed politically, apart from daily arrests of their colleagues, with allegations of some being hunted down and murdered up to now. So, most people are very reluctant to suffer the same fate. Museveni,too, is likely to keep the army on city streets for the next three months.

This is exactly the same reason why I think Besigye’s Plan B no longer involves mass uprising because his reputation as a genuine opposition leader, was soiled by supporters of Kyagulanyi when they ignorantly called him a ‘mole’ (working for Museveni) --- something that has consequently affected his party, FDC, in the general elections. The party has lost to Kyagulanyi’s NUP-- its spot as the biggest opposition party in the country. They did this to sell Kyagulanyi without thinking of its long term repercussions.

Consequently, most of those that were involved in Uganda protests between 2001 and 2016 are likely not to do so again. They suffered a lot under Besigye but their efforts have been undermined by Kyagulanyi's supporters. Basically, think of the first generation of Besigye supporters as the Microsoft millionaires; think of the second generation of young Kyagulanyi supporters as pets.com . A lot of young people (between 30 and 45 years old) have decided that the smaller benefits of opposition aren't worth the risk. Opposition politics is losing its allure which used to be based on: watch my back, I watch yours, let’s keep opposition as one force, e.t.c. It’s no longer worth being killed for a politician who only craves for weakening other political organisations in the opposition.

A lot of FDC and DP supporters will never support Kyagulanyi for whatever because of the damage he has done to their parties. Actually, some are even happy with Museveni’s huge win over him-- the psychological depth of their anger is more readily apparent by their commentary on social media. A naughty child, scolded by his mother for his rudeness, takes his revenge on the toys and objects in his nursery.

Lastly, it’s rare for a Ugandan above 30 years to start fighting the police or army guys over election fraud. Such age group also rarely destroy property in case of protests or riots. Elderly people aren't very criminally intent since people mellow out as they get older.

The author has 207 publications published on Modern Ghana.