C.African rebels repelled in closest attack yet to capital 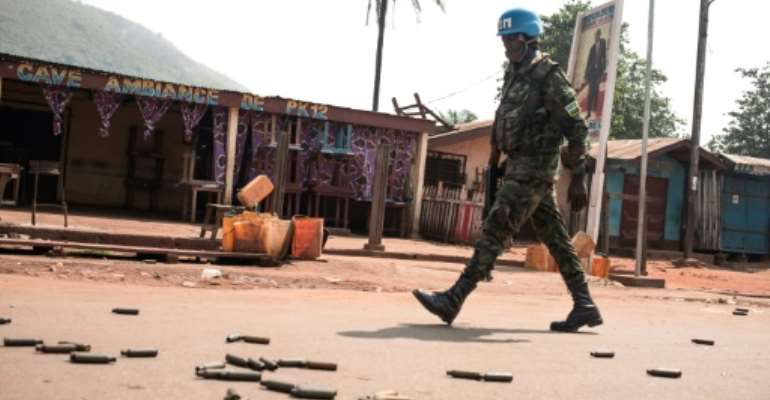 A UN peacekeeper patrols an an area known as PK12 outside Central Africa's Republic's capital Bangui after a rebel attack. By FLORENT VERGNES (AFP)

Rebel forces in the Central African Republic on Wednesday mounted their closest attack yet to the capital Bangui before being pushed back with the loss of a peacekeeper, the country's UN mission said.

"The attack was repelled by Blue Helmets together with the Central African forces," the spokesman for the MINUSCA peacekeeping mission said in a statement.

A Rwandan member of the force was killed, he said.

The attack marks the latest episode to shake the CAR, one of the world's poorest and most troubled countries.

Rebels last month sought to advance on the city ahead of a presidential election -- in an operation that the authorities say was an attempted coup -- but this is the first time they have got so close.

The UN force's spokesman Abdoulaziz Fall said the attack occurred at a MINUSCA position 12 kilometres (seven miles) from the centre of Bangui. 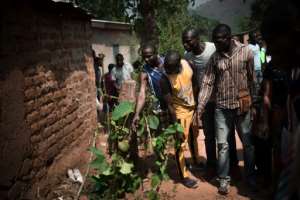 Men gesture towards the body of a rebel after the fighting, the closest rebel assault yet to the capital. By FLORENT VERGNES (AFP)

Market traders in the area, known as PK12 for its distance from Bangui, closed their stalls, and several armoured vehicles were deployed along with large numbers of Russian paramilitaries, government troops and UN soldiers.

There was still scattered firing in the late afternoon and aid workers said helicopters were attacking rebels holed up in the hills.

Many local people fled the area for Bangui, carrying suitcases and bags.

"I'm afraid," said a man who gave his name as Lais. "I don't know even where my family is."

In the run-up to elections on December 27, an anti-Touadera alliance of six armed groups called the Coalition of Patriots sought to advance on Bangui but were thwarted. 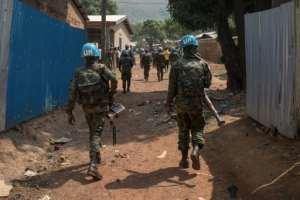 The attack marks the latest episode to shake the CAR, one of the world's poorest and most troubled countries. By FLORENT VERGNES (AFP)

Their operation, according to Touadera, was an attempted coup fomented with the help of his predecessor Francois Bozize, a charge that Bozize denies.

On January 4 Touadera was declared victor of the ballot, although the CAR's political opposition has cried foul.

Until Wednesday, the rebels had carried out sporadic attacks in towns far from the capital and on the RN3 highway, the crucial supply line linking Bangui with neighbouring Cameroon.

Some analysts suggested the latest assaults could point to a change in tactics.

"What the rebels have understood is that the international community gauges the crisis in CAR on what happens in Bangui," Roland Marchal, a specialist at the Centre for International Research at Paris's Sciences-Po school, told AFP. 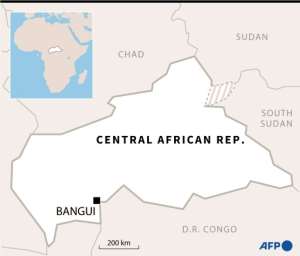 "This is why they are carrying out attacks on the immediate outskirts of Bangui -- not to take Bangui, which is strongly defended, but to demonstrate that Touadera no longer controls anything, or only very little."

Thierry Vircoulon at of the French Institute of International Relations think tank, said the rebels were carrying out a "war of nerves."

"They can conduct urban guerrilla warfare, and in the long term have hopes of taking Bangui."