Re: You Cannot Hang Carlos And Give Jinapor And George Gold Medals As Reward! - PK Sarpong 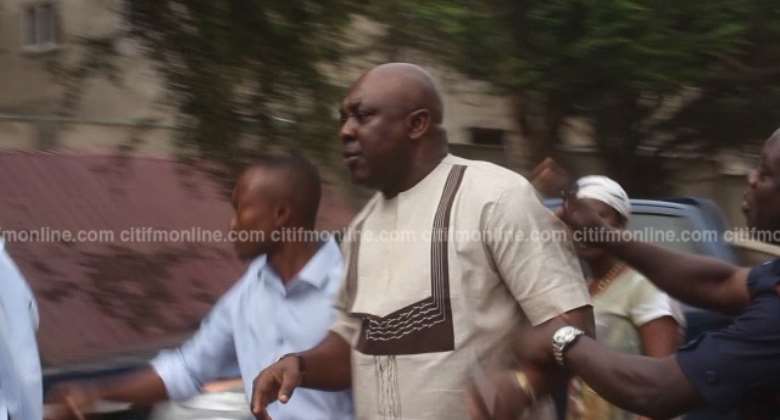 I have read with dismay, the crust of the comparison and political equalization your article entitled "You cannot hang Carlos and give Jinapor and George gold medals as reward" sought to suggest, that some journalist and neutralist have directed their attention to the condemnation of the actions of Mr Carlos Ahenkora but have closed their eyes on the actions of John Jinapor and Sam George.

Mr. Sarpong, I must clearly state that the actions of the personalities involved in this whole unparliamentary behaviours witnessed on Thursday were premised on two different intent. One was defence for democracy and the other was threat to the sanctity of democracy.

I am one of the critics who initially thought the NDC was going to use "takashi" (aggression) to push their claims of having majority in parliament to get their nominee, Mr. Alban Sumana Bagbin elected as the speaker. My view for such an anticipated "takashi" was conceived because of the NDC'S continuous insistence of holding majority in parliament when it was clear that they didn't have that. However, to my shocking dismay, all their actions in parliament on Thursday turned out to be lawful despite that bit of radicalism which in my view was positive and needed to protect our democracy.

To protect and defend any democratic principles must sometimes come with some form of aggression or positive radicalism as it was in the case of the big six who adopted similar of such defiance strategies to ensure that we have democracy today. I will catalogue some of the major actions of the NDC parliamentarians and attempt to read interpretations to such actions and back my assertion that the NDC did actually conduct themselves in accordance with the law.

Technically, with the state of the 8th parliament on that day, none of the two political parties had a clear majority which meant that any of the two could sit anywhere. The incessant reference to the independent candidate that because he has expressed his intention to do business with the NPP meant the NPP have majority is deceptive.

Currently, we have a hung parliament and it is only the speaker who can make interpretations to parliament's own standing orders as to whether we really have majority and majority in this 8th parliament. For the sake of argument, granted the independent candidate's decision to join the NPP meant that the NPP even have majority. That can only be recognised if the candidate (Mr. Asiamah) officially writes to the speaker declaring his intention to do business with the NPP. His declaration of intent in the public or the mere pronouncement on the media can not form the basis for NPP'S claim for a majority in parliament.

When the MPs elect gathered on the wee hours of thursday, we did not even have a speaker to be written to by the independent candidate to make a declaration of such an intent.

Second action; getting Mr. James Gyakye Quayson, the then MP elect and now the MP for Assin north constituency to cast his ballot was purely based on superior argument that convinced the clerk of parliament to allow the MP cast his vote despite the court injunction. When the first round of arguments and counter arguments between the NPP and the NDC ended, the clerk had to make his final decision that he was not going to recognise Mr Quayson in the house. Later after the nomination of the two names for the speakership position, I saw Mr. Mohammed Muntaka and Mr. Haruna Iddrisu, the chief whip and leader of the NDC caucus respectively move to the clerk's table to pitch a personal convincing argument with him to, perhaps, reconsider his decision. This was the time preparations were being made for the voting to take place. This personal chit chat with the clerk, may have convinced him (clerk) to rescind his earlier decision not to recognise Mr Quayson but instead to allow him vote on the MP's own peril. Well, whether that was legal or not is a matter of legal interpretation but what stands out clear is that the NDC never used "takashi" but fell on a compelling and convincing argument to persuade the clerk to change his mind.

Third action; the action to stop the NPP members from showing their cast ballot to their leadership was a clear defence of democracy. Perhaps, that was when Sam George and John Jinapor may have acted out of control but their actions were to stop some illegality. If voters have been prosecuted for taking a snap shot of their votes in the 2020 elections, why should the people we vote for be allowed at the full glare of the cameras to do such an unlawful act.

Fourth action; the hot chase to catch Mr. Carlos Ahenkora from absconding with the snatched ballot papers was also lawful since our laws permits citizen arrest if the need be. In fact, the two hot slaps per my count received on the skull of Mr. Ahenkora from Hon. Muntaka cannot sufficed for those gunned down when they attempted similar actions in the past during national elections. If there is any dog to be hunged then it fits Mr. Ahenkorah who sought to threaten our democracy in the arena where laws are promulgated. I am looking forward to his prosecution to prove that nobody will be above the law when the laws are broken in the law factory of our country.

We all have always condemn the unparliamentary actions such as the heckling, hurling of insults to caucuses, banging of tables, the boycotts and many others which does appear by de facto to be gaining grounds as an unconventionally conventions of our ever polarising parliament. However, once some of these acts does not break any law, they remains not a criminal act. However, when the actions of a parliamentarian breaks the law then off course that can not fall within the range of equalization your opinion sought to suggest.

Let’s be fair at all times