EC must listen to the NDC 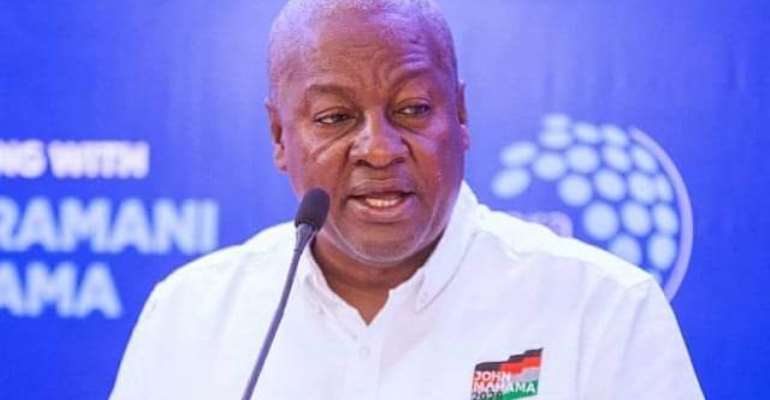 John Dramani Mahama is a peaceful man, but justice still needs to be served. When he genuinely lost the 2016 general elections as the then Presidential Candidate for the NDC, he peacefully conceded defeat and congratulated his opponent Nana Akufo Addo who was the then President-Elect. If in the 2020 general elections Mr Mahama with the evidence available to him feels that the elections were rigged in favour of his opponent President Nana Akufo Addo, then he has every right to protest and seek redress from the Electoral Commission.

It is hypocritical on the side of Ghanaians who think that to use peaceful demonstrations and protests to seek redress is not appropriate, but rather want former President Mahama to just concede defeat when he knows very well that there are critical issues with the results the EC declared. Why did the EC rush to announce the winner of 2020 general elections when the stakeholders involved were not all in agreement? One may easily say that the EC is incompetent or corrupt. Incompetence in the sense that she does not know how to do her job well and is not fit for the job, because she declared a winner when she did not have all the results available to her and she kept changing the results on the website of the EC. She is perhaps corrupt which means that she has received bribe from the ruling government to help them rig the elections in their favour; that is why she is perhaps not listening to the petitions of the NDC.

The EC needs to resolve these matters amicably as a competent institution, irrespective of whoever won the 2020 general elections. I do not think that it is so difficult to bring all the stakeholders together and expound to them the processes that led to the declaration of the 2020 Presidential election results. Let them all see the pink sheets and the figures involved, do the counting together, especially in areas where some stakeholders have doubts. She needs to do all these things to clear all doubts in the minds of Ghanaians regarding the 2020 general elections.

The NPPs are quick to ask the NDCs to go to court as if the courts are for them. Maybe the courts are for them because President Nana Akufo Addo has appointed many of his own people who are occupying most of the top governmental positions in the country, including that of the judiciary, so it is so easy for them to think that the courts are on their side. However, whether the NDCs will seek redress in the courts or not, the EC needs to do the needful, which is address the issues the NDCs have raised about the 2020 general elections if not, the credibility of the EC will be seen by Ghanaians as one that has been compromised.

I am a writer. I am an activist. I am a revolutionary. I am also a peace lover, but does peace come ahead of justice? I do not think so. Justice is just as important as peace. So Ghanaians who are only focused on the peace campaign should stop being hypocritical and dispassionately analyse the issues the NDCs have raised concerning the elections. Most of those talking about peace and ignoring the facts of the matter are members of the NPP and they need to understand that the NPP will not be in power forever. Power is transient and every wise person knows this.

I will urge the NDCs to continue to peacefully protest until the EC hears them out. What is the essence of our democracy if we cannot sit around a table and dialogue amicably to come to a positive conclusion for the benefit of our people and country. We are overly partisan instead of being political. It is okay to belong to a political party, but you must do so with your conscience. You just do not follow the bandwagon or the crowd but think critically about issues before you support or go against. The EC should be proactive and quickly address the issues the NDCs have raised so that this country can progress peacefully and we can all go about our daily duties or work peacefully as before.