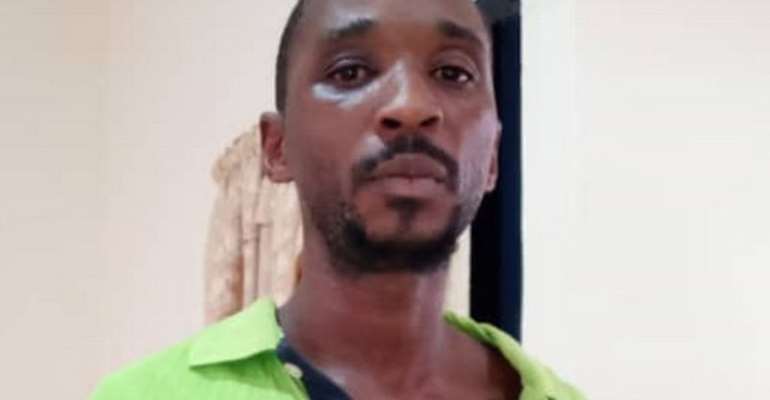 Detective Chief Inspector Dorcas Asare has told a Sekondi High Court that among the items retrieved from the room of Samuel Udoetuk Wills, the first accused person in the Takoradi missing girls' case, was a pastoral certificate with his full name on it.

Detective Asare, who is with the Criminal Investigations Department of the Ghana Police Service, is the 23rd prosecution witness in the case.

It would be recalled that after Samuel Udoetuk Wills was arrested by the police in connection with the kidnapping of the girls, it was rumoured in the Sekondi Takoradi Metropolis that the suspect used to be a Pastor and Sunday School Teacher.

Listing some of the items found in Udoetuk Wills’ room during cross-examination yesterday, the investigator mentioned pastoral certificate, SSCE and birth certificates in a bag.

Detective Asare, who described herself as the lead investigator, reiterated that the Facebook chats between the first accused and the second accused person, John Oji, as well as some statements from them indicated that they kidnapped and killed the four missing girls.

The investigator answered 'yes', and the lawyer asked whether the Detective Chief Inspector investigated to find out whether the phones really belonged to Udoetuk Wills.

The investigator maintained that the four mobile phones were retrieved from Udoetuk Wills.

According to the lawyer, the first accused person rather admitted owning two of the phones and had said the other two belonged to his girlfriend and somebody else, but the investigator said her checks showed the accused person lied about the phones.

The lawyer asked whether the investigator was part of the team that arrested the first accused person and she said 'yes'.

The counsel said the suspect was in his room with one Paapa when he (Udoetuk Wills) was arrested, and asked why the said Paapa was not investigated.

The investigator replied that even though the said Paapa was with the suspect, he was not an accomplice.

The lawyer asked whether apart from Paapa there were other people in the house where Udoetuk Wills was arrested.

The investigator said 'yes' and mentioned that there were some young ladies and a guy who gave his name as ‘Abaacha’ in the house she described as ‘family house’.

The lawyer asked the investigator how she got to know that the one the police arrested was Udoetuk Wills.

The investigator said the team that went to the house included Emily Alimo, who was a girlfriend of Udoetuk Wills, and she identified him.

“And so when we knocked the door of the suspect, he asked who’s is it and the girlfriend identified the voice and said he was the one,” the investigator indicated.