‘I Can Kill For Money’ — Takoradi Girls 'Kidnapper' John Oji 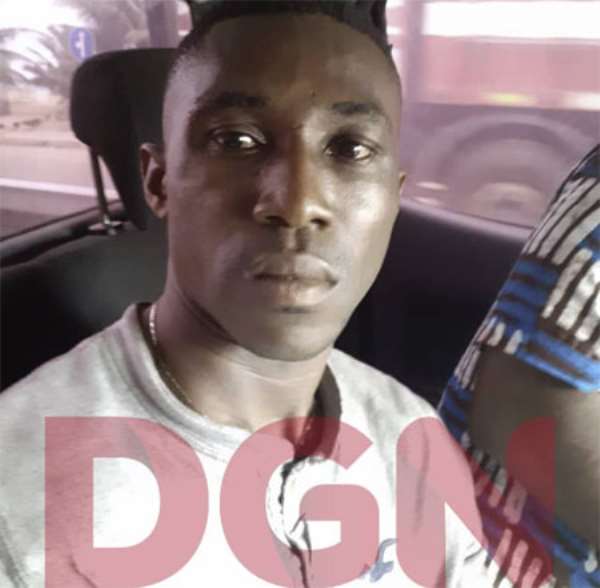 Detective Chief Inspector Dorcas Asare, one of the investigators of the Takoradi missing girls' case has told a Sekondi High Court that John Oji, the second accused person once told the first accused person, Samuel Udoetuk Wills, he can kill for money.

According to the investigator, in a Facebook chat between the two on July 19, 2018, Wills asked Oji whether he could kill for money and Oji answered in the affirmative.

“Then Wills gave a thumbs up sign,” she told the court yesterday.

The Detective Chief Inspector, who is the 23rd prosecution witness in the case, made the revelation during cross examination by a defence counsel yesterday.

She stated that the first accused person also admitted in a statement that Priscilla Blessing Bentum, one of the victims was his girlfriend.

She said on August 12, 2018, which was the day the victim was kidnapped, Ms Bentum called Wills that she was going to his house but the accused was not at home.

She told the court that at the time Oji had visited Wills so he (Wills) asked Oji to 'entertain' Ms. Bentum when she arrived, but Oji kidnapped the girl.

The investigator indicated that after scanning through the mobile phone of Wills, it was detected that he was communicating with the victim on her Tigo line.

She said in the course of investigations, the police chanced on a conversation between a friend of Wills called Chinedu and Wills’ sister, Ediken, after Wills was arrested.

According to the investigator, during the conversion, Chinedu asked Wills’ sister whether she had heard that his brother had been arrested in Ghana.

“In the conversion, the sister answered no, and asked about the offence, then Chinedu said for kidnapping, and the sister remarked that his brother was capable,” the detective told the court.

During cross examination, Mark Bosia of the Legal Aid, who is counsel for the second accused person, asked whether his client had a bag when he was arrested and the investigator said 'yes!'

He asked “His wedding ring was taken?” and the witness again said 'yes!'

The lawyer told the investigator that an amount of 10,000 Naira was in the bag of the suspect and the witness said she was not aware.

The lawyer then again said Oji had an amount of 4,000 Naira in a wallet that was in his pocket when he was arrested.

The investigator said she was not part of the team that arrested Oji but the money that was found on him was recorded on the case docket.

Earlier, the investigator had told the court that the mobile phone of Priscilla Mantebea Koranchie, another victim was found in the room of Wills after his arrest.

She said it was that phone that had the picture of the victim and also said that the girl’s picture was on the suspect’s phone.

She said later the father of the victim, Alexander Koranchie, confirmed that he bought the phone for her daughter.

According to the investigator, Mr. Koranchie’s phone number was saved on the daughter’s phone as ‘Dada’.