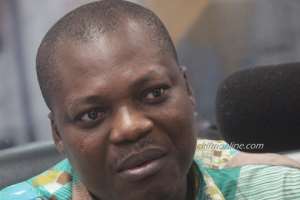 In 2016 IMF did not declare Ghana HIPC but we discussed Ghana’s debt in the context of HIPC . The IMF does not need to declare Ghana HIPC especially when it has no package for the country to apply for as it was in the early 2000s.

When the debt as a ratio of GDP reaches the 70% level you are HIPC not necessarily because of the debt level but because of the accompanying effects. That is why Japan is not HIPC though it has debt to GDP in excess of 200%. We don’t need IMF to declare whether or not our debt burden has reached the HIPC era. Ghanaians should therefore disregard comment that IMF did not declare Ghana HIPC. It was not even expected. What IMF can declare as expected is whether or not the country is at high risk of debt which was clearly declared.

The projection of 76%+ debt to GDP level shows HIPC status unless the accompanying indicators are as good as that of Japan and the Finance Minister is not begging for debt forgiveness and relief.

If you start thinking about debt forgiveness and relief you are demonstrating HIPC symptoms. If you want to talk about HIPC, then check the signs.

HIPC in the political economy of Ghana means a state in which the country is highly indebted such that repayment has become a burden and that external assistance in the form of debt forgiveness and relief is contemplated as a solution.

HIPC is all about debt crisis. The fact that poverty indicators have deteriorated does not mean Ghana’s poverty record has reached the 2000 level. However, all the effects of highly indebtedness are pronounced. Some may want to use HIMIC instead of HIPC as argued in 2016. The value is the same. Instead of arguing over these terms, we should recognize we are entangled by debt burden.