Journalists Charged To Question And Challenge The Status Quo 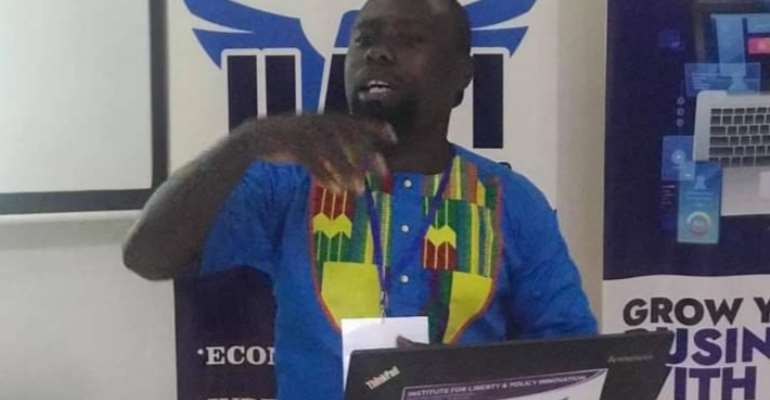 The president of the Institute for Liberty and Policy Innovation (ILAPI-Ghana), Peter Bismark Kwofie, has intimated that it’s about time journalists challenged the existing state of affairs of the country by asking the right and tough questions that will position the country into economic freedom.

The President said, ILAPI was established with the mission to provide innovative economic research and pensive multidisciplinary public policy advocacy through intellectually inspired leadership to help create freedom and prosperity for a free society.

Therefore, ILAPI is with a high hope to inspire journalists across the African continent to share messages of freedom, individual liberty, and economic principles to improve economic freedom and prosperity for its people.

“Our vision is to strive to reach out to the star of perfection by advocating, researching, educating and inspiring through creative and empathetic involvement in the society to transform it,” Mr. Kwofie said.

According to him, “Classical Liberal principles must be the centre stage of Africa’s economy to create intra-trade, competition and prosperity. This is the only way Africa’s democratic beings would prosper. Having all the resources with the wrong ideology creates a stunted economy and poverty,” he bemoaned.

He noted that, journalists are the fourth arm of government and the central force of information, therefore they have a lot to do to ensure there is free and fair distribution of wealth across board.

Peter Kwofie, said this in an interview during the closing ceremony of the African Journalists for Economic Opportunity (AJEOT) 2020 workshop training which was organised by the Institute for Liberty and Policy Innovation (ILAPI) 24th October 2020 at the Summit Lodge in Koforidua.

The two-day training workshop saw a number of journalists, advocates, research personnel drawn within Ghana, who were schooled through different topics.

The experienced resource persons include Evans Badu Boampong, the Vice President of ILAPI, who took them through media censorship in Africa, Mr. Ebenezer Nii - Tackie also took them through Legal Framework within the Realms of Public Policy Formulation, Professor Enoch Opoku Antwi, the USA handled Leadership, Business & Economic Prosperity in Africa: Your Role.

The rest were, Mr. Isaac Kojo Yalley (Economist) Ghana, who schooled them through Business, Taxation, and Fiscal Policies. Dr. Ike Tandoh, Ghana thought about Free enterprise and Policy Communication. Mr. Franklin Cudjoe on his part schooled them on the Challenges with the Ease of Doing Business just to mention but a few.

Participants were also engaged in a group work competition and awards was conferred on others. The four groups examined situations in Ghana that demonstrated neglect for freedom in the areas of Transport/ Trade, Security, Health and the Legal System, after which the group with the best presentation were awarded books and other souvenirs.

Some of the ILAPI’s partners were ATLAS NETWORK, FRASER INSTITUTE, NETWORK FOR FREE SOCIETY, OMINIRA TV, YAFO, and many others.