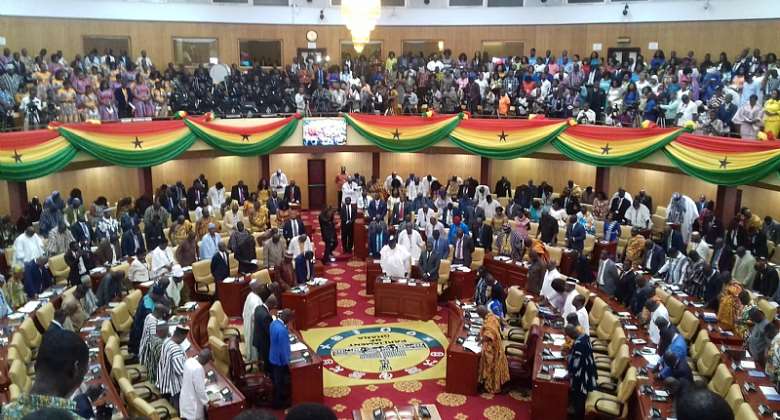 Speakers and heads of African legislatures have commenced a campaign for debt cancellation for African countries in the wake of the devastating impact of the COVID-19 pandemic on African economies.

The Debt Cancellation Campaign Initiative (DCCI) had brought the leaders together to campaign for the cancellation of African debts in order to provide fiscal space for economic recovery and development on the continent.

The push for debt cancellation came with a pledge by the various parliaments to improve oversight on loan approvals and ensure judicious and transparent utilisation of loans in their respective countries.

This followed the official formation and launch of the Conference of Speakers and Heads of African Parliaments (CoSAP) initiated by the Speaker of the Nigerian House of Representatives, Mr Femi Gbajabiamila, along with some counterparts on the continent.

A press release signed by the Special Advisor on Media and Publicity to the Speaker, House of Representatives, Nigeria, Mr Lanre Lasisi, said the presiding officers of the African legislatures, in a virtual meeting on October 12, 2020, took an “Accountability Pledge” making a firm commitment to advocate debt cancellation and to ensure that all resources made available from debt relief were transparently used and fully accounted for.

It said Mr Gbajabiamila stated: “Today officially marks the beginning of this historic initiative, and I want us to remember this as a historic day, not just for us as Speakers and Heads of Parliaments with a vision, but for our continent Africa.

“This is a forum to deliberate, strategise and collaborate in jointly finding legislative solutions to Africa’s many challenges; we will partner with all stakeholders at home and abroad to make our vision a reality,” he said.

Mr Gbajabiamila emphasised the need for advocacy for the expansion and the buy-in of other African speakers and heads of parliaments, and stated that he was also pleased that the President of the Inter-Parliamentary Union (IPU), Ms Gabriela Cuevas Barron, had also shown support for CoSAP.

“We have managed to achieve so much in this little time, but this is not the time to rest on our oars but to work even harder. We must put more pressure and effort than before and act with more strength and vigour that we can muster so that our voices can be heard more clearly both domestically and internationally.

“The next couple of weeks will serve as a major determinant of this initiative, but I am confident that we are more than capable, especially because we are aware that our people are relying on us to see this vision and initiative to fruition,” the statement quoted Mr Gbajabiamila as saying.

In his remarks, Prof. Oquaye said the vision of CoSAP, as well as the accountability pledge undertaken, were necessary because African bilateral and multilateral partners needed to be assured of the sincerity of the leadership of the African parliaments to ensure accountability in the application of the forgiven debt.

He said: “First, the accountability pledge is very crucial because we all know the suspicion that has dogged the developing nations for so long. To encourage them to release funds, not only as a way of suspending our payments but cancelling all that we owed, we need to ensure that they are persuaded about accountability.

“We also know that many African governments are rather unfortunately under suspicion. Therefore, parliaments here, as an institution of accountability, perhaps would know exactly how to ensure that these debt relief measures are well taken, moneys would be directed to appropriate sources.

“That’s very important because we have to commit to improving the public financial management and reviewing the launch regime in our various countries, which have been captured by these documents,” he stated.

Other speakers took turns to address the meeting after which a communique was issued.