Africans Are Too Tribalistic 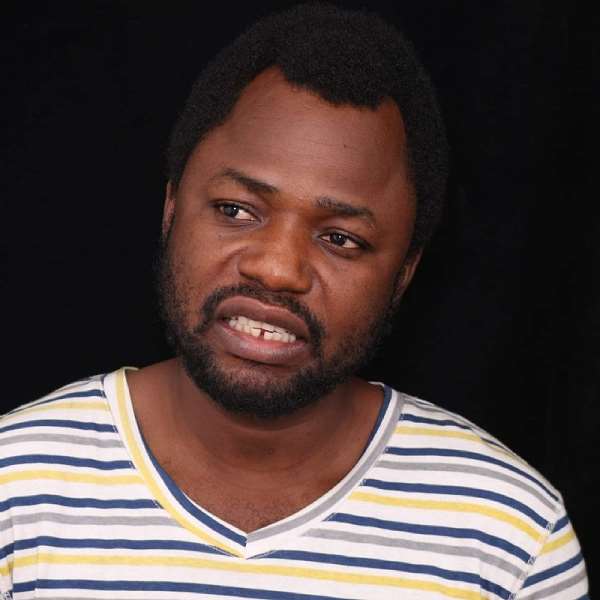 Africa as a continent contains a group of people called Africans. These people share a common history, culture, tradition and heritage. They were living together until the white man came to cause division amongst them called 'The Partition of Africa', after the Berlin Conference in November 15, 1884 – February 26, 1885. They were divided into many sub-regions and countries which subsequently resulted in the artificial borders we are suffering right now on the continent.

We now have West Africa, East Africa, North Africa, Central Africa and Southern Africa and these sub-regions have created disparity amongst the people. This plays on the mind or psychology of the African youth who has not fully understood the history of Africa and allows some little differences come between him and his brother to the extent of which he can maim and kill. These whites were interested in owning us and our lands which were popularly called the colonisation of Africa.

They eventually succeeded in colonising us and trading with our resources and using us as their workers. After many years under colonial rule, emerged freedom fighters like Dr Kwame Nkrumah, Jomo Kenyatta, Kenneth Kaunda, Patrice Lumumba, Julius Nyerere, Nelson Mandela, Robert Mugabe, Amilcar Cabral, Steve Biko, Samora Machel, Thomas Sankara and many others in Africa, while others like Marcus Garvey, Martin Luther King Jr, Malcolm X, Fred Hampton and many others in America also fought for black liberation just to see black people all over the world gain freedom and dignity.

Most of these freedom fighters fought for the liberation of Africa and dreamt of the African Unity. For instance, Dr Kwame Nkrumah led Ghana to independence, yet said: "The independence of Ghana is meaningless unless it is linked-up with the total liberation of the African continent". This means that Dr. Kwame Nkrumah was much more concerned about the unity of Africa than just merely gaining freedom for only Ghanaians. After many of these men toiled for our freedom and unity, we are still fighting and killing ourselves in dire poverty.

Though we have not yet won the unity fight where we envision to have a federal government, some of the new crops of African leaders like Julius Malema, Paul Kagame and John Magufuli are still committed to the cause of pan-Africanism and persuading the youth of Africa to agree to making one of our popular languages official and having one president and doing everything together.

Swahili is widely spoken in Africa, especially East Africa and is considered as one of Africa's indigenous languages and some Africans including myself have always suggested that Swahili be used as our official language which will mean that it shall be studied in all African schools from primary to university. This will make Africans powerful ike the Chinese, Japanese, Arabs and the Indians. When South Africa was going through apartheid, many other African countries like Nigeria, Ghana, Kenya, Zambia etc. supported the black South Africans to gain their freedom. Money and other resources were given to the African National Congress (ANC) to aid them in the fight against apartheid.

A great freedom fighter like Nelson Mandela was always grateful to African countries who supported them to win freedom in the early 90s. It then beats one's imagination why and how these current generation of South Africans are so bitter about the presence of Nigerians, Ghanaians, Zambians and other Africans in their country. They call them foreigners, but how can an African be referred to as a foreigner in Africa? It is just absurd to think this way while they spare the rich white minority who are in control of almost all their resources like the land and goldmine. The youth of South Africa must say no to xenophobia. They must get serious in life and work hard to achieve their dreams and stop giving petty excuses like migrants who are also Africans are taking their jobs and women.

The government of South Africa should not let such barbaric attacks on other fellow Africans happen again. If the government is committed to stopping such barbaric acts, it will be stopped. Just imagine if the Nigerians, Ghanaians, Zambians and other African countries who are affected also start beating and maiming South Africans in their countries, what do you think the end result will be like?

South Africans should be ashamed of themselves. I know Julius Malema and a few others are against the barbaric act. I fell in love with South Africa because of Steve Biko and Nelson Mandela. Their love for Africa was immeasurable. Steve Biko pioneered or popularized the saying "black is beautiful" in Africa and I know they are angry in their graves to know that their people are killing fellow Africans who helped them defeat apartheid.

Ghanaians must also be very vigilant about how they complain about Nigerians in Ghana. Such complaints, with time, are likely to turn into xenophobic attacks on the Nigerians living in Ghana which will be very hypocritical of us, since we all came out speaking against the xenophobic violence South Africans meted out to fellow Africans living in South Africa.

If we think that the Nigerians in Ghana are breaking our laws or not behaving properly then we should put our act together and let our police and immigration do their jobs with due process, but let us not engage in worthless brawls with the Nigerians who are equally Ghanaians. Africans are one people and until we all recognise this hard fact, prosperity will not come to us, irrespective of our huge or too many natural resources.

There are about five (5) sub-regions in Africa and fifty-five (55) countries with many tribes and languages, but, if we love ourselves enough and start thinking in a revolutionary manner, things will change for us and the African Unity some of us have always preached will be possible.

We should stop fighting ourselves, but rather come together to fight our common enemies like the imperialists, oppressors, colonialists and others like poverty, diseases and ignorance.