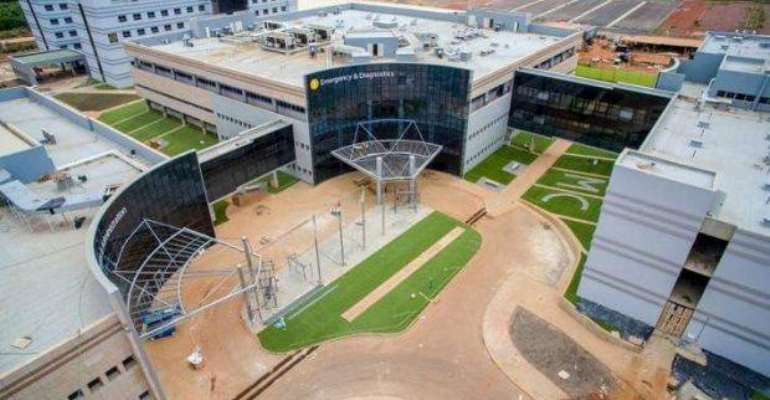 Management of the University of Ghana Medical Centre (UGMC) says the June 2021 deadline for the full operationalization of the facility will be possible.

The first phase of the 650-bed facility built at a cost of $217 million was dormant for more than 18 months after its inauguration in 2016 due to an impasse between the management of the centre and the government over its ownership.

It, however, became operational in 2018 when the matter was settled.

Speaking to Citi News on the completion of phase two of the facility, its Chief Executive Officer, Dr. Darius Osei, assured that plans are far advanced to make it fully operational by the middle of 2021.

“Construction is still ongoing. About 20 services are in operation now. We have a staff strength of about 550 and the theatres, ICU, emergency centre and all areas have been activated. The timeline for the completion is next year June and by that time all these constructions will be completed and the full operationalization to commence”, he added.

The UMGC began with the operationalization of phase one, with about 20 generalist staff.

This was to allow the facility to receive referral patients at the Out-Patient Department (OPD) from other satellite health facilities.

The facility was scheduled to open in November 2017 but was kept locked to the public due to a tussle between the Minister of Health and the University of Ghana over who manages the $217 million facility.