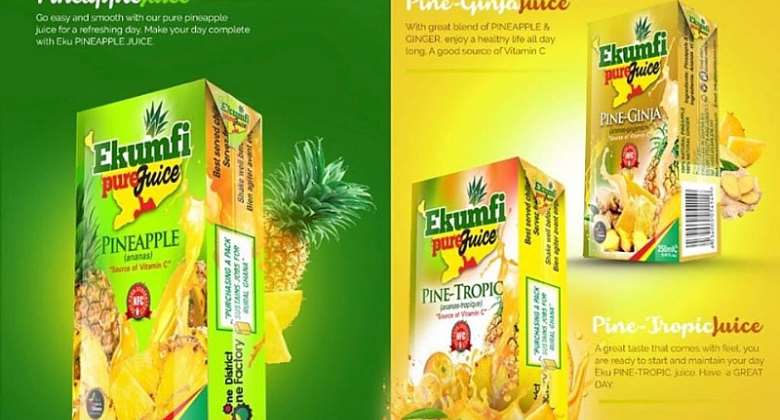 President Nana Addo Dankwa Akufo-Addo, since his election in 2016 and subsequent taking of power in 2017, has been advocating an agenda of industrialising Ghana.

The President, believing in his vision of building a transformed ‘Ghana beyond Aid’, has been consistent in not only espousing his vision in clear and unambiguous statements but has been working towards building a Ghana that depends on production and not merely taxation.

Central to the building of a resilient economy is a country’s ability to lower her importation and expand her export base, hence the focus on indstrialisation.

The Coordinated Programme of Economic and Social Development Policies

The government, upon assumption of office, launched the Co-ordinated Programme of Economic and Social Development Policies (2017-2024).

The document was presented to Parliament on October 20, 2017 by President Nana Akufo-Addo under the theme “An Agenda for Jobs: Creating Prosperity and Equal Opportunity for All”.

These policies holistically capture the government’s vision for developing a Ghana that is dependent on its own resources and moving the country from the perennial sickness of running to advanced nations, cap-in-hand, soliciting for resources for the development of the country.

Central to this dream, therefore, is industrialisation and value addition as a basis for the country to grow out of poverty and move up to the desired level of development.

In this document is a number of special initiatives lined up, including the One District One Factory policy (1D1F) and its related One Village One Dam, One Constituency One Million Dollar and the Planting for food and Jobs policies.

One district, One factory

The NPP 2016 manifesto, under Trade and Industry (Point F), talked about the “One District One Factory Initiative”. The party stated: “In collaboration with the private sector, the NPP will implement the ‘One District, One Factory’ Initiative. This District Industrialization Programme will ensure an even, spatial spread of industries.”

The 1D1F programme as an expression of Local Economic Development (LED), aims at establishing, at least, one factory or enterprise in each district of Ghana as a means of creating economic growth poles that would accelerate the development of the various local areas and create jobs for the teeming youth.

The policy is to transform the structure of the economy from one dependent on production and export of raw materials to a value-added industrialized one, driven primarily by the private sector.

Under new factories, a total of 28 factories have been completed and operating fully while 31 factories are under construction.

In the classification of operational factories under 1D1F, the government has partnered the private sector to either revive or expand 48 existing companies, thus bringing the total number of operating companies directly under 1D1F and private partnership to 76.

While the 1D1F seeks to build new factories, it also focuses on helping small-scale entrepreneurs to advance their traditional processing of food and other items across the country.

The government, through the support of the AfDB, is currently constructing 63 small-scale processing factories across the country to aid local entrepreneurs in areas such as processing and packaging of gari, soya, palm oil, rice, among others.

Beyond the huge prospects of the 1D1F, the government, as part of its transformational agenda, has identified Vehicle Assembly and Automotive Components Manufacturing as a strategic anchor industry to be facilitated and supported as part of the Ten Point Plan for industrial development.

As a result of this positive signal, Ghana is attracting investment in vehicle assembly from leading Original Equipment Manufacturers (OEMs) and investment partners, with positive projections of spill-overs into local manufacturing.

To provide opportunities for higher value-addition and highly skilled employment, the Ministry of Trade and Industry has developed a comprehensive package of incentives and policy measures to support the establishment of an automotive assembly and component manufacturing industry, as a strategic anchor of industrialisation and a new pillar of growth in Ghana.

These are adding up to the Kantanka Automobile Company Limited, which, until recently, was the only commercial vehicle assembly plant operating in Ghana.

The NPP in its 2020 Manifesto, under industrialisation, has promised to “deepen the Automotive Assembly industry”.

The party, under its ‘Core Economic Clusters to Guide Private Sector Investments’, has promised to move Ghana Beyond Aid from vision and closer to reality over the next four years, pledging to actively promote, encourage and support private sector investments in some core economic clusters, among which is the establishment of an automobile hub in the country.

The next Nana Addo Dankwa Akufo-Addo government will also extend a financing arrangement to teachers, nurses, doctors, and other healthcare professionals to acquire vehicles through Government-backed, private-sector leases.

Clearly, the Nana Addo Dankwa Akufo-Addo government is the kind of government that is taking Ghana to the days when Ghana was a hub of automobile industry in Africa – the days where the likes of Auto Parts Vehicle Assembly Plant assembled Nissan cars, buses, pick-ups and trucks in the country. That was also the era where the UAC Motors, Mark Cofie, Mechanical Lloyd, Briscoe/ATS/KOWUS, SCOA Motors, GHAMOT and Neoplan Ghana Limited and the National Investment Corporation (NIC), all had vehicle assembly plants and workshops in the country.

The country is on her way to Wakanda where it will be deemed to have truly attained its independence, driven by a thriving industrialised economy.

President Akufo-Addo is focused; no time to waste.

Where are DISECs in this whole galamsey brouhaha – Otumfuo q...
10 minutes ago

Akufo-Addo announces plan to establish Tourism and hospitali...
10 minutes ago