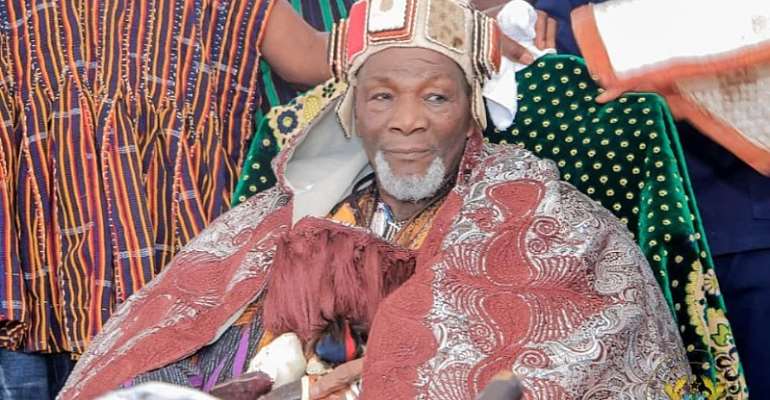 The Overlord of Dagbon kingdom, Yaa-Naa Abukari II has been sworn in as President of the Northern Regional House Chiefs following the creation of the North East and Savannah regions.

Yaa-Naa was elected by Chiefs in the region at the inauguration of the reconstituted regional house of chiefs held in Tamale on Wednesday, 22nd September 2020.

The King takes over from the Overload of Gonja Traditional Kingdom, Yagbonwura Tuntumba Boresa I who held the position from 2016 to 2020.

Ndan Yaa-Naa Abukari II in a speech pledged to promote peaceful co-existence in the Northern Region under his reign.

“It is my solemn pledge that I shall devote the period of my Presidency of this House to work diligently with all stakeholders, in conformity with our time-tested customs and traditions to promote peaceful co-existence and harmony in the Northern region,” Yaa-Naa assured.

However, five members of the house have been elected to represent the house at the National House of Chiefs.

Vice President Dr. Mahamudu Bawumia was guest of honour at the inauguration ceremony and revealed the Akufo-Addo administration recognises the importance of traditional leaders to national development.

Dr. Bawumia assured the government will continue to support and partner the chieftaincy institution in nation-building.

Also present at the ceremony was the Minister of Chieftaincy and Religious Affairs, Samuel Kofi Dzamesi.