Colourism Needs To Be Addressed 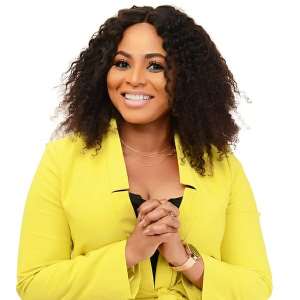 Differential treatment based on skin color, especially favoritism toward those with a lighter skin tone and mistreatment or exclusion of those with a darker skin tone, typically among those of the same racial group or ethnicity is colorism.

Colorism is the idea that light skin people have privilege over dark skin people in America as well as other places in the world. It stems from slavery because mulattos and lighter skinned slaves had the “privilege” of being in the house and performing less strenuous work.

Colorism is the biggest elephant in the room. I’m going to keep saying this because it’s shown to be the case time and again when the topic comes up. I’m neither the darkest or the most discriminated against body type, I just find its level to be incredible.

White women who have studied blackness enough to emulate it know this and manipulate it; using colorism through its impact on darker-skinned people, to shield themselves from legitimate inquiry.

Other places in the world such as India, the Philippines, Japan, China, Korea, and Mexico have their own reasons for aspiring to be light, but they all have this goal of looking lighter. Throughout history, lighter skin has always been viewed as superior, sexier, more attractive, purer, and healthier when compared to darker skin.

Colorism is multifaceted with racism, classism, and sexism, making it difficult to break down and eliminate. Because a person’s skin color is an irrefutable visual fact that is impossible to hide, whereas race is a constructed, quasi-scientific classification that is often only visible on a government form.

People pretend that there is no such thing as phenotypical blackness when discrimination it, is exactly how you end up with white people in blackface getting promoted over people who are unambiguously black.

A more modern example of research on colorism comes from Eddie Fergus, an assistant professor of education at New York University who conducted a study on Latino high school males.

Fergus found that Mexican and Puerto Rican males with white-looking skin are perceived as white and sometimes treated more favorably, while boys of the same ethnicity who had darker complexions are perceived as black often experience discrimination.

Despite being close or even related, people of the same ethnicity face different expectations, different realities and potentially different educational and economic outcomes, solely based on their skin color.

In the meantime, skin color will continue to serve as the most obvious criterion in determining how a person will be evaluated and judged. In this country, because of deeply entrenched racism, we already know that dark skin is demonized and light skin wins the prize.

And that occurs precisely because this country was built on principles of racism. It cannot be overstated that if racism didn’t exist, a discussion about varying skin hues would simply be a conversation about aesthetics. But that’s not the case. The privileging of light skin over dark is at the root of an ill known as colorism

This is what colorism is all about. You cannot unpack race, colorism and anti-black racism without specifically addressing the history of chattel slavery because, this is where and why the rules of racial capitalism are established.

Generational chattel slavery is a specific experience between colonialism and the African diaspora. We became negro and black through this experience. Race is a modern construct.

Author and activist Alice Walker is the person most often credited with first using the word colorism, out loud and in print. In an essay that appeared in her 1983 book, in the search of our mother’s garden.

Walker defined colorism as “prejudicial or preferential treatment of same-race people based solely on their color.” Light-skin preference had been common practice in the black community for generations, but Walker gave it a name and marked it as an evil that must be stopped in order for African Americans to progress as a people.

In the U.S, because there is such a diverse population with citizens hailing from all corners of the earth, the brand of colorism is both homegrown and imported. And make no mistake, white Americans are just as “colorist” as their brown brothers and sisters.

Shankar Vedantam told the New York Times in 2010 that, “Dozens of research studies have shown that skin tone and other racial features play powerful roles in who gets ahead and who does not. These factors regularly determine who gets hired, who gets convicted and who gets elected.”

A 2006 University of Georgia study found that employers of any race prefer light-skinned black men to dark skinned men regardless of their qualifications.

It makes sense that teenagers who are working out their own identities on a day-to-day basis also engage in color-conscious discourse. But how do young people negotiate such powerful stereotypes, particularly when many of the contributing elements are out of their control?

In 2013, researchers Lance Hannon, Robert DeFina and Sarah Bruch found that black female students with dark skin were three times more likely to be suspended at school than their light-skinned African-American counterparts.

The assumption that black people have no privileges due to racism ends up hurting black people who are less privileged due to colorism, ableism and other isms. Colorism affect dark and light skin black people.

Colorism is so deeply ingrained in the fabric of this nation that we are all implicated and infected by its presence. And the sad thing is, for many people the lessons of color bias begin in the home.

That is not to say that the solution to solving our color problem as a country lies in the home, but that is precisely where the conversation should begin. From day one, parents of every color should begin to celebrate color differences in the human spectrum instead of praising one over the other or even worse, pretending we’re all the same.

Then, we could have a more public facing, cross-cultural dialogue about the more global problem of colorism and plot its necessary demise. Let’s all come together to address the issue of colorism, because as blacks whether light or dark, our treatment from the white will never change.