Thoughts Of The Student Fisherman From Effutu: We Must Collectively Fight Murder Before We 'collectively' Become Victims 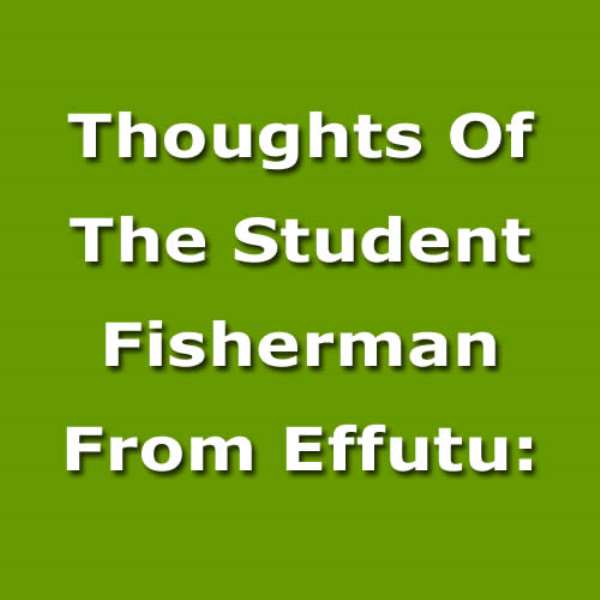 It is indubitably the utmost desire of every citizen all over the world to live, and not to be denied of this 'imprescriptible right', through callous means; where a person, for reasons best known to the perpetrators of such crimes, decides to take the life of another person.

Death is a phenomenon of life, and as mortals, we will definitely be made to bow to it one day, but must never be through a heartless way, ie through murder. Several murder cases usually occur all over the world, and Ghana has not been an exception; with some high profile murder cases as well, recorded over the years, mostly beyond the comprehension of the average person, like the very recent one where some unknown persons allegedly murdered a senior law lecturer at the University of Ghana- Professor Emmanuel Yaw Benneh, causing fear and panic, mostly as a result of the crime itself, and the 'slow pace' with which the perpetrators of such heinous crimes are fished out and made to face the full rigours of the law. This may seemingly be considered anecdotal, but cannot be doubted.

In an attempt to look for some of the reasons behind this misbehaviour of some miscreants in society, I found a research article from J. Warner Wallace, published by the Fox news very worthy; where he pointed out some three main reasons why he believes murderers engage in the act of murder: financial greed, sexual or relational lust (reasons), and the pursuit of power. He (J. W. Wallace) believes all murders, upon research, are motivated by financial greed; where people are driven to take the lives of others to take possession of their belongings (ie money and other properties), sexual or relational lust; which also pushes people to rape and murder in the end, and or murder to settle lustful desires, or presumably solve relationship issues, and finally the pursuit of power (control).

Attempting to propose possible solutions to this problem, and the growing trends of same, I believe a proposition from the same research article I earlier made reference to can be reflected upon by all and sundry, as we seek to solve this problem; at least to reduce it to its barest minimum, if not to stop it completely:

"Unless we, as a nation, are willing to embrace and promote a worldview that helps us understand the proper role of money and financial stewardship, promotes sexual purity and restraint, and helps us place the needs of others ahead of our own desires, we can expect more of the same."

"Those restorative values may sound familiar to you; they used to be part of our collective heritage and our common worldview. They are also our last and greatest hope if we ever expect to minimize and contain the only three reasons anyone commits a crime."

Murder must be fought with full force !!