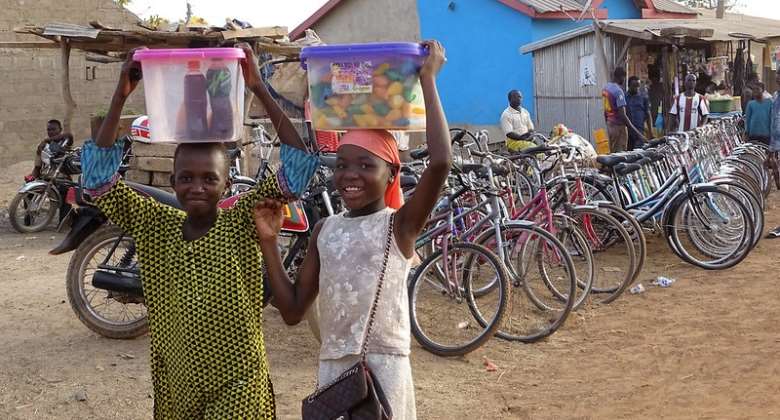 In 2017, the International Labour Organization (ILO), issued the Global Estimates of Child Labour for 2012 to 2016 – highlights from the report suggests that Africa is home to the largest population of child labourers with a total of 72.1 million children in child labour and 31.5 million involved in hazardous work. One-fifth of children on the African continent are engaged in child labour – the highest in the world. Again, 9% of children in Africa participate in hazardous work – this proportion is also the highest in any region. As observed in other parts of the world, the highest share of child labour is prevalent in the agriculture sector. Similarly, Africa’s agriculture sector accounts for 85% of child labour, representing 61.4 million children.

In Africa, children involved in child labour are most often not paid so an employer-employee relationship is non-existent as children work predominantly in family farmlands and family enterprises – child labour is more prevalent in Africa than any other region.

Studies have shown that poverty is the root cause of child labour – According to a World Bank report, most of the world’s poorest population live in Africa, with the region accommodating 27 countries out of the world’s 28 poorest countries. In Sub-Saharan Africa (SSA), where all these 27 poorest countries are located, the average poverty rate for the region is 41%. Projections by the World Bank suggest that countries in SSA are not doing enough to eradicate extreme poverty by 2030. With such levels of extreme poverty in Africa, families are compelled to rely on the services of their children on family farms and family enterprises – agriculture serves as a source of employment for about 70% of Africa’s entire population. Highlights from the U.S Labor Department’s report reveal that the cocoa industry in SSA depends significantly on child labour - in Nigeria and Ivory Coast, children are forced to work on cocoa plantations.

There is also incidence of child labour in other agricultural activities such as fishing, herding livestock and the production of palm oil, maize, cassava, rice, cotton, tobacco and many other crops. In Ghana, where 1 out of 6 children with ages from 6 to 14 years, are involved in child labour, 88% of these children work on farms and 2.3% work in the fishing industry; preparing baits, draining canoes, casting and pulling fishing nets and selling fish among many other activities. In Eastern and Southern Africa, there are high levels of economic activities among 7 to 14 year olds – this economic condition is predominant in Ethiopia, Somalia and Zambia. In Tanzania, Nigeria, Ethiopia and Niger the services of both boys and girls, aged 5 to 14 years and 15 to 17 years are largely engaged in the agricultural sector. Although among the Economic Community of West African States (ECOWAS), child labour rates for 5 to 14 year olds are highest in Guinea Bissau, Togo and Burkina Faso, thus 39%, 38% and 36%, respectively - Nigeria, Ghana, Niger and Burkina Faso host the largest population of child labourers (5 to 14 years), when expressed in absolute terms – representing, 10.5 million, 2.1 million, 1.9 million and 1.8 million, respectively. In all the countries in the region, agriculture accounts for at least 2 out of every 3 children (5 to 14 years) in employment.

Child labour has plagued the economic landscape of African countries yet the eradication of this canker has been quite slow, especially in SSA, where one in three children that works is not enrolled in school.

Studies have shown that the high incidence of child labour in SSA is attributed to the high level of poverty, poorly developed agriculture sector in the region, high fertility rates leading to high population growth and high rate of illiteracy. To mollify child labour on the African continent, evidenced-based policies that focus on poverty alleviation, adoption of labour-saving technologies in the agriculture sector and improve access to quality education should be implemented.

Increasing access to free and adequate public education to children can break inter-generational cycles of poverty and also provide a sustainable alternative for children in the labour force. Research shows that in the long-run, children who benefitted from education are more likely to invest in the education of their children. In the short-run, providing free and quality public education to children in the labour force reduces their exposure to child labour as they spend part of the day in school. The adoption of education as a tool to eradicate child labour is not one-size-fits-all. Innovative education interventions that include non-formal learning projects can be implemented to support homeless children who live on the streets – most of these children are unable to access primary education due to substance abuse, challenges of daily survival, precarious family systems and experiences of failure in formal education.